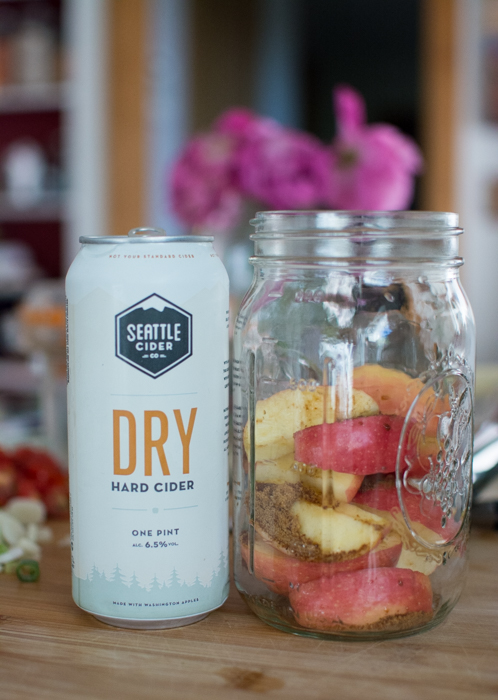 Did you know that a mixed drink is defined as a beverage with two or more ingredients that are mixed?? 😂

Haha so obvious and simple, but I had to check before I named this post ya know?

So here’s the story. We had cider in our fridge from when we had guests over. As it turned out neither Jeremy or I liked it that much.

Which I kind of feel bad saying, but hey different tastes and all that.

I decided to make a wicked delish drink using up the cider and incorporating fresh fruit! 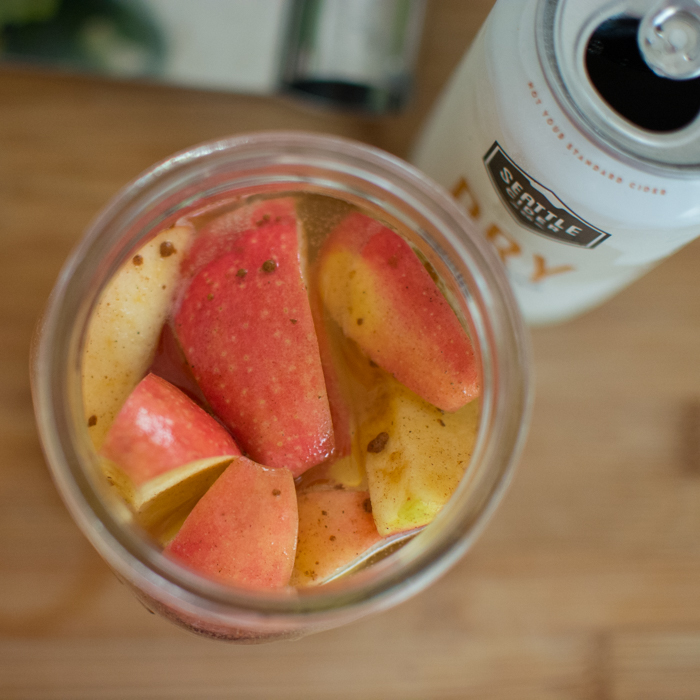 Plus you get to eat infused apple pieces when it’s all over. 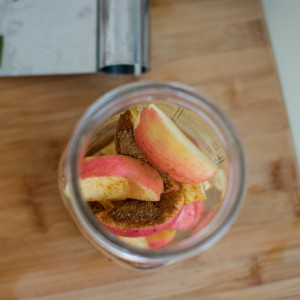 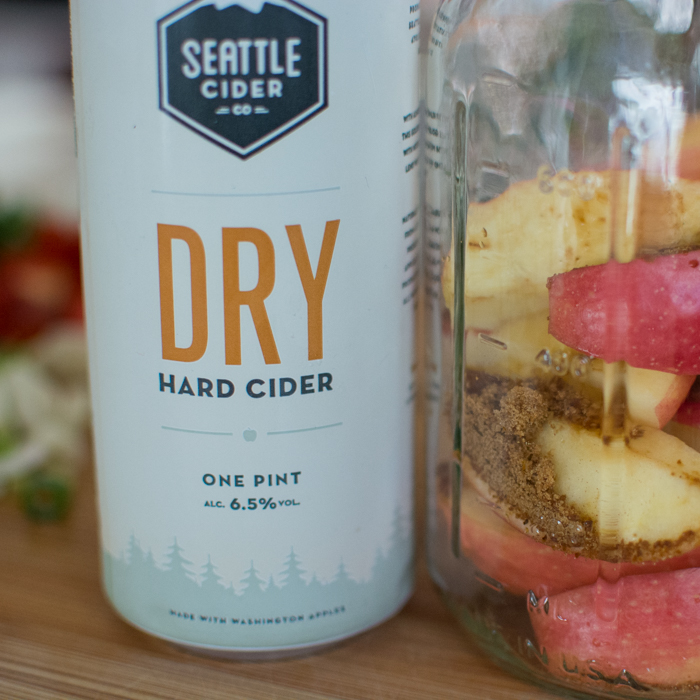 We happened to have Seattle Cider that is made with Washington apples. Well that’s pretty cool! 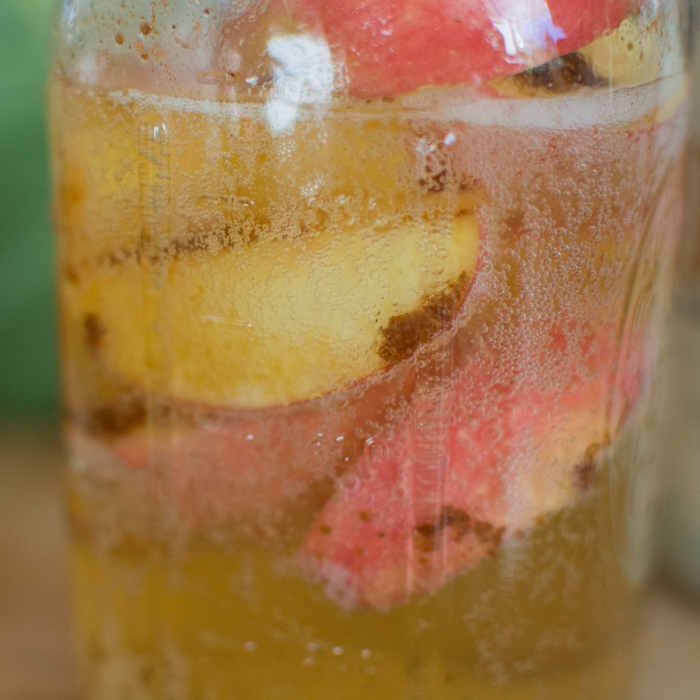 I was listening to the Shane and Friends podcast while writing this, specifically the Farrah Abraham episode. I wasn’t familiar with Farrah prior to this episode and she wasn’t familiar with Shane’s co-host Jessie Buttofouco. Now I was practically a fetus when all that stuff went down with her parents and Amy Fisher, but the Buttofouco name is definitely familiar. I went on a googling tangent and learned that her dad was having an affair with a 16 year old girl in ’92 and that teenager came to the Buttofouco residence and shot Jessie’s mom in the face. I don’t know how someone doesn’t die when shot in the face, but her mom lived and is a motivational speaker now. I think when I first thought of Buttofouco I was confusing it with the Lorena Bobbet story. I remember in grade school singing this to the tune In the Jungle “In the bedroom, the mighty bedroom, John bobbit sleeps tonight. • In the kitchen, the mighty kitchen, Lorana grabs a knife. • A weenie whack, a weenie whack… • Owooooooooooo-oooooooooo-oh she threw it in the grass… • Owwooooooooooooo-oooooooo the cops busted her ass!” Where did we even learn a song like that pre-internet??  🍆 🔪The 90s were so crazy!