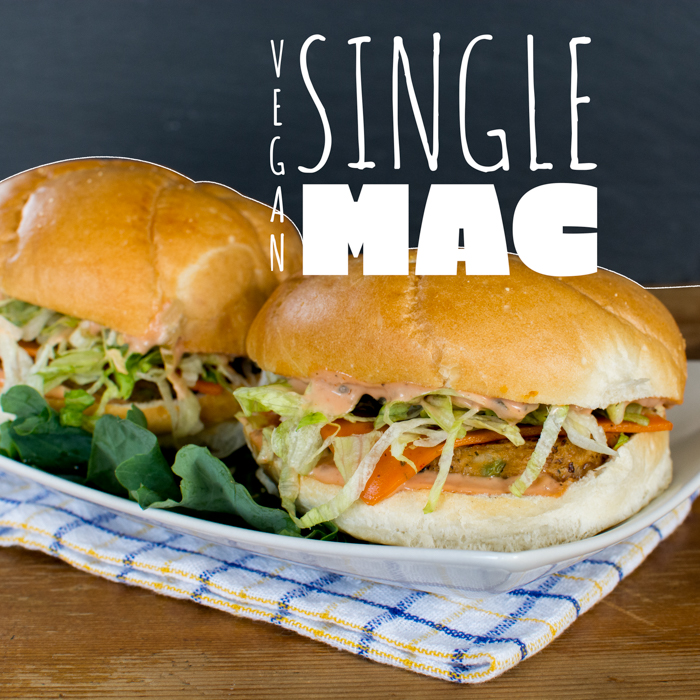 It’s been about 14 years since I’ve ordered or eaten anything at McDonald’s.

Even though over a decade has passed there are times when I can still taste how the salt clung to the fries and how I loved the salt crystal fries at the bottom of the box. I remember the texture of the cheeseburger with minced pickles and onions nestled in the center under a warmish bun.

I remember saving up babysitting money to splurge on a two cheeseburger combo meal when my friends and I wandered downtown causing mischief, because McDonald’s was not a place my Dad took us.

I also recall coworkers going every. single. day. to McDonald’s on their breaks and lunches and how their waistlines seemed to expand with their number of trips. I started to get my own secretary spread until I put it together that excess calories from McDonald’s were evil.

“Do you want anything from McDonald’s?” No thank you.

I went to the Portland Vegan Beer Fest in September and had the opportunity to try a Doomie’s Big Mac. I had many mini debates with myself about whether or not to get one.

Like I wouldn’t order a Big Mac if I wasn’t vegan so why do I want it just because it is.

And I was at a festival offering so many opportunities to try delicious and unique vegan ‘delicacies’ that aren’t offered in the small town where I live.

So I lived a little and ordered it.

It was delicious! and thankfully Jeremy split it with me so I wouldn’t have to take the calorie burden all on my own. True love I tell ya. 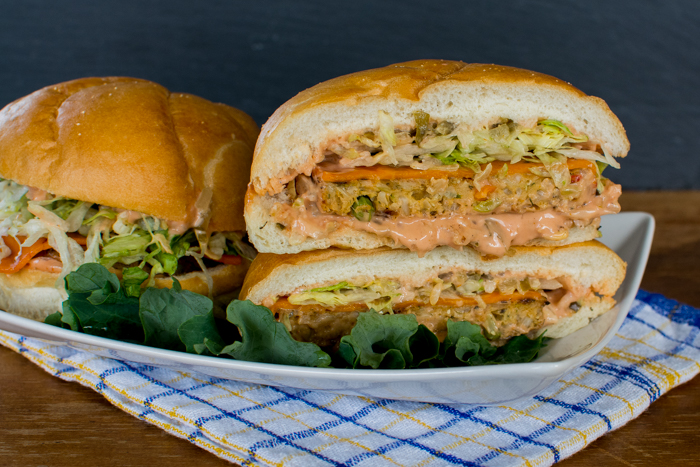 But I didn’t feel like making the glutinous version so I made it single mac style.

Feel free to use your favorite veg-based burger with this recipe. I’ve tried a Boca patty and a Gardein (shown above). I had no idea Boca has converted so many of their burger recipes to vegan – which means they no longer have egg or milk in them. I had to buy a box just to try. I’m glad they’ve moved towards vegan, but I didn’t like the patty. 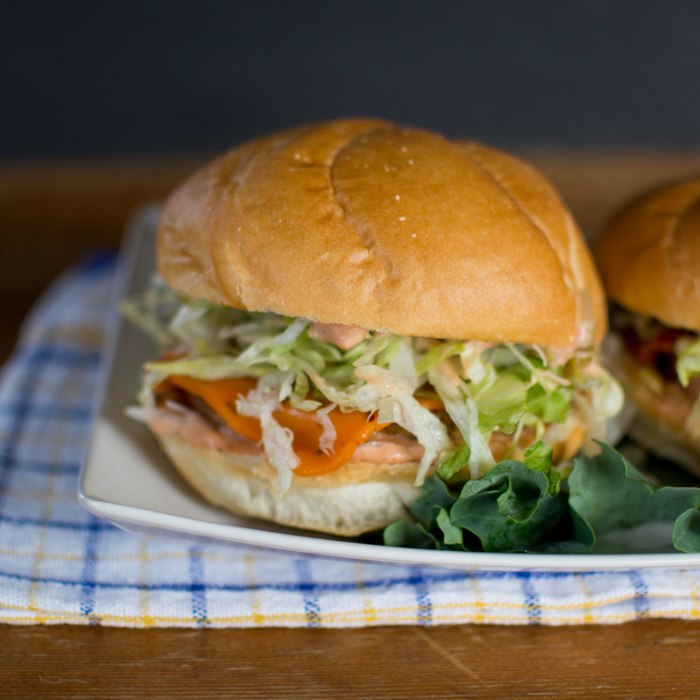 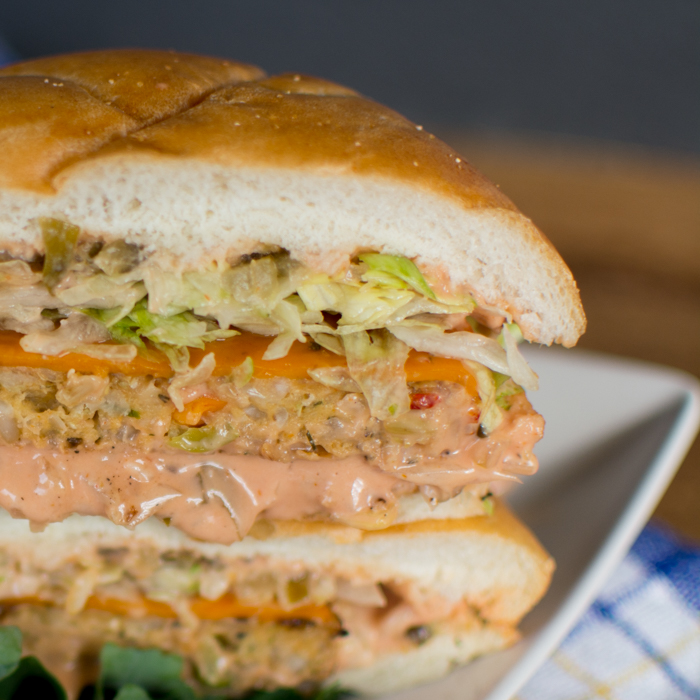 Reduce the total fat grams by using half the amount of dressing. It won’t be ooze worthy, but it will definitely be delicious.

How does the single mac compare to the ‘real deal’ Big Mac? It has a 100 less calories, less fat, and more fiber. 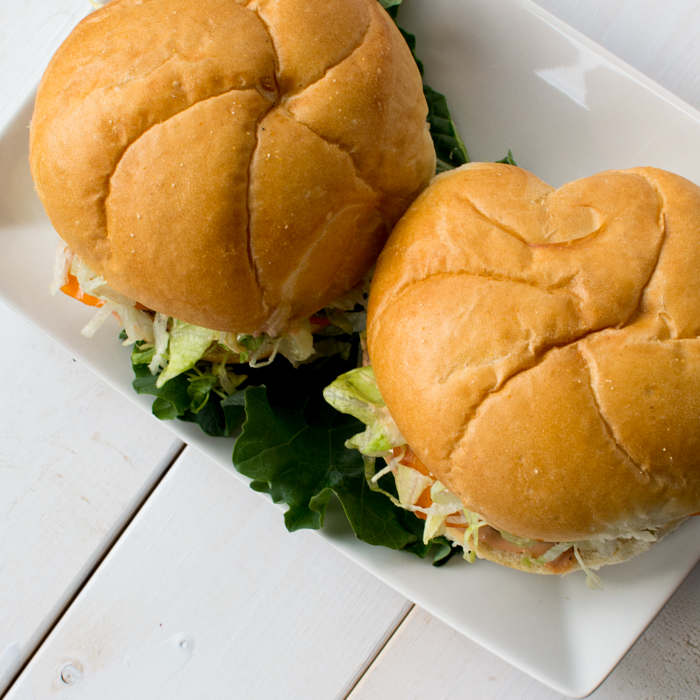