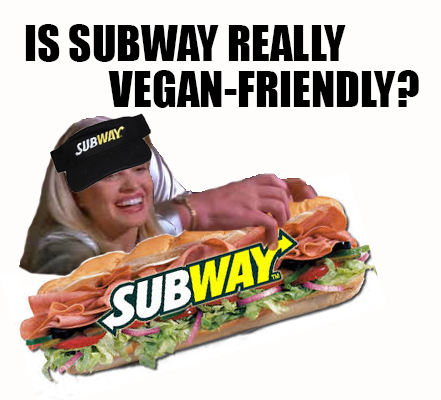 This question circles my brain quite a bit.

They have a huge veggie selection.

They offer meat alternatives at some locations.

Eating out all of sudden seemed like this giant trust issue. How could I trust people I had never met to prepare food for me that is safe and tasty?

I cut out any kind of eating out for several months after reading that. It nixed my relationship with McDonald’s, Burger King, Arby’s, Wendy’s, Pizza Hut, Taco Bell (wasn’t ever that strong anyway), Quizno’s, and even Subway.

After several months though my heart softened and my stomach was hungry.

I didn’t let everyone back in though. My circle of trust was small.

Out of that list above, Subway is the only one I patronize, at this point in time–several times a year.

Back then my go-to at Subway was the foot-long turkey with cheese—of course—probably provolone.

Nowadays it’s the veggie delight, no cheese, spicy mustard, and for the love of dogs DON’T skimp on the pickles or olives.

Where am I going with this?

Have you ever really watched them make your sandwich? I mean, they’re not hiding anything. It’s ALL right there in front of you.

Sometime before Jeremy went pescatarian, I think it was around Thanksgiving of last year.

His go-to was the Italian B.M.T. I always order first, but for some reason that night I was watching the ‘whole’ process. Because I’m not getting meat or cheese they move my palette of bread along. The employee reaches their gloved hand into the bin of cold cuts and cheese and prepares Jeremy’s base layer.

Then begins to make my sandwich. Not changing gloves. On a glove that’s now covered in salami oils and everything else.

But that’s not even all of it.

They touch a hundred other surfaces—replacing the deli bar containers, throwing things in the trash, cabinet doors, the edge of the trash bin, toaster oven doors, the bread oven, etc.—in the kitchen while preparing your sandwich with gloved hands.

I mean what’s the point of sanitary gloves if it’s just going to ‘protect’ me from their DNA?

Oh wait. They also wiped their forehead with the back of their hand. Never mind.

Now. Let’s be real. If that freaks me out, there’s really no point in eating out. If this is right in front of me, imagine what’s happening behind closed kitchen doors of any other restaurant.

I have two options. I can either never go out or try not to think about it. I usually choose the latter.

But man. What a bummer! 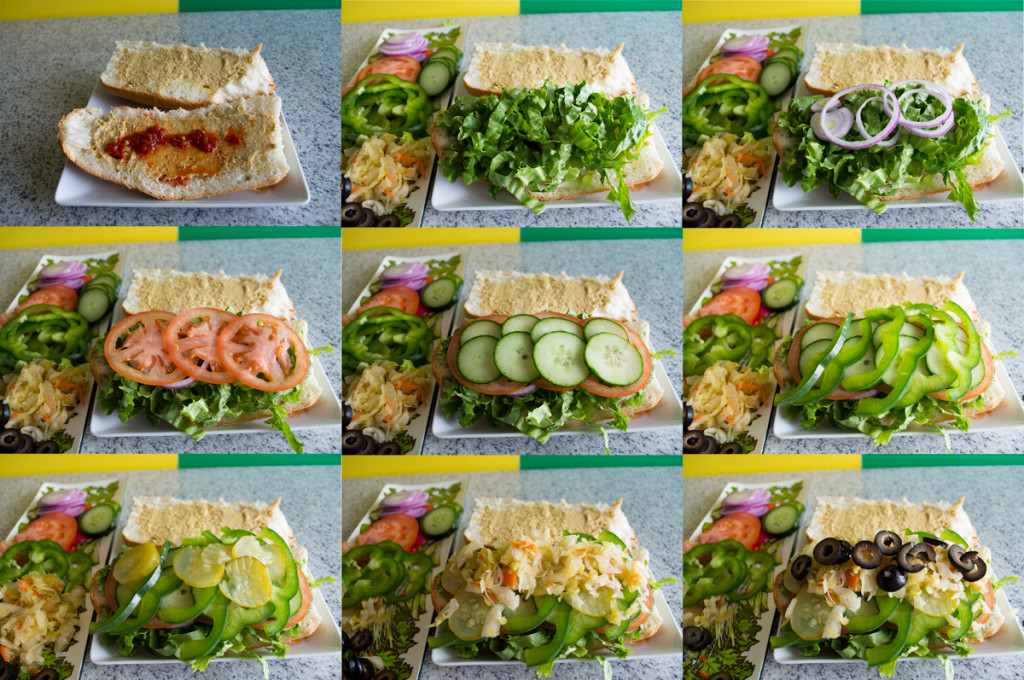 And sometime last year I wrote, How to Eat Subway Everyday. So when the thought of Subway becomes too much to bear, I go this route.

You can also ask them to please change their gloves and not touch anything but your sandwich and future ingredients. Yeah right.

Have you ever had a weird moment like that while out to eat after watching a documentary or reading a book? Let us know in the comments below. xx