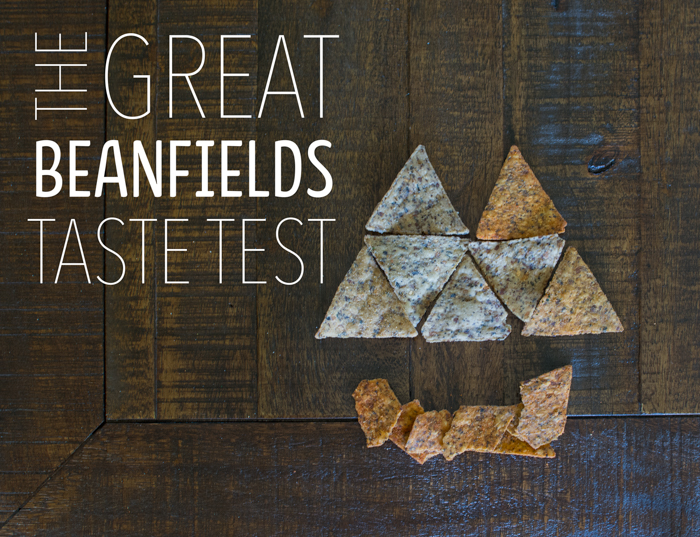 My love of salt and chips started at a young age. Grabbing a handful of Ruffles at a family reunion or holiday picnic and placing them next to their equally unhealthy sat-in-the-sun for hours potato salad.

Then in middle school and even high school I remember the humidity clinging to me as walked down to White Hen Pantry with my hard earned-half-went-into-savings babysitting money to purchase a bag of Cheetos with a bottle of Squirt. Ahhhh good times. Summer. Salt. Citrus.

Not much has changed since then except the variety of the last three words.

I still LOVE summer though it’s not as free as when you’re a kid. I also still love salty things except they have to be vegan at least and at the best have better ingredients than the standard fare at the grocery store. Citrus? Well, I’ve traded Squirt for orange or grapefruit infused water as well as citrus flavored LaCroix.

Life is still really good! Though I probably can admit I miss Cheetos from time to time.

If you haven’t heard of Beanfields, well how dare you!? But it’s okay, you’re about to learn! 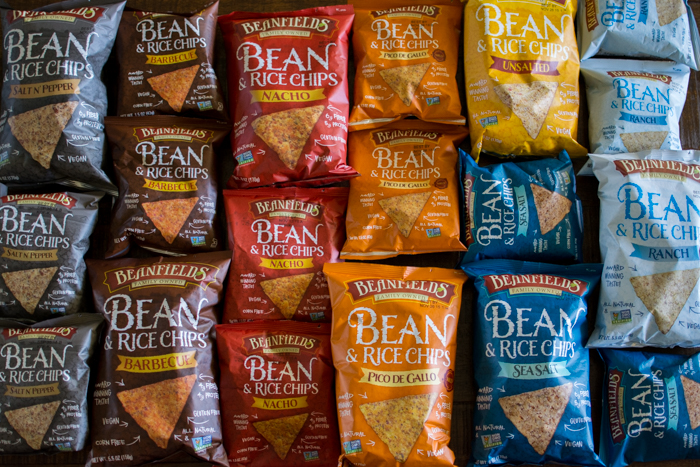 Beanfields is a chip company and not just any chip company, they craft chips made from beans and rice. Their chips are proud to be free of all major allergens including gluten and every single chip variety is vegan! Ranch? Vegan. Nacho? Vegan.

This isn’t by accident either.

“Plant-based diets also can do a lot to help the environment. Even if you eat plant-based food for breakfast and lunch, and still eat animal products at dinner, or go vegan one day a week, you’re doing a lot for environment and raising people’s awareness. The good news is that even with population increasing, we have the ability to produce good food for everyone on our planet, but we can’t do that as long as we continue to over-consume animal products. Lowering our consumption is essential to slowing the rise in greenhouse gasses and providing clean water for all people on Earth.” – Beanfields

Exemplary traits of a Beanfields chip aka badassery 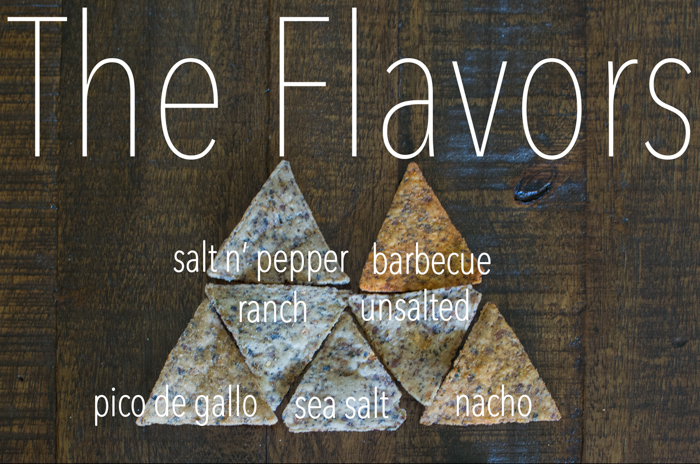 For this grand taste test I gathered great minds and tastebuds from around Pullman, Washington. 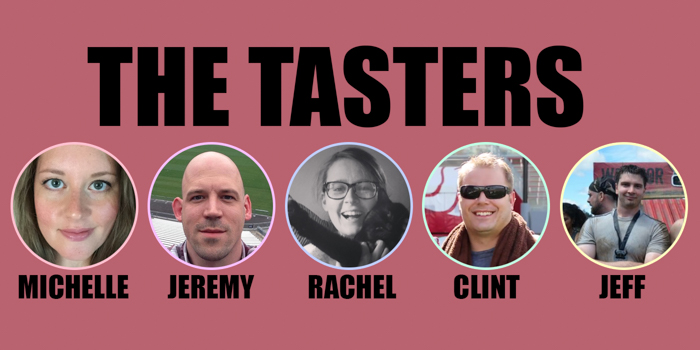 Meet the taste team. Starting from the right. Each participant received 2 snack size bags, except Jeremy and I—we tried EVERYTHING! 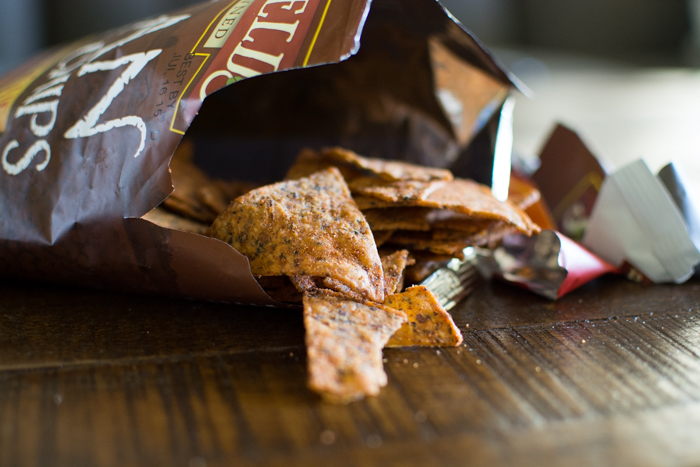 “I really liked these. The chips had a really good, crisp crunch with the first bites and as you chew they feel like they almost dissolve in your mouth, in a good way. I was actually surprised by the initial crispy crunchiness because the chips themselves are so light when you hold them. The flavor was really great too, in my opinion the perfect amount of flavor to really enjoy it but not overwhelm you either. I also thought it was a dead-on match with the flavor you would expect and hope for too. I would definitely recommend this brand and flavor.”

“I first want to say I’m not much of a fan of pepper to begin with. I think I can count on one hand the food items I might use pepper on, and it’s a bit of a struggle to fill that hand too. So now that I’ve warned you, when I tried the first salt and pepper chip I had to spit it out two chomps into it. To me the initial taste was overwhelmingly strong in pepper flavor. The salty flavor kicked in after but I could barely tell. After rinsing my mouth out with water I tried a couple more chips, just in case, but I had the same results. I just couldn’t get past what was to me too much pepper. I wouldn’t suggest this flavor to anyone unless they like eating pepper and only pepper by the spoonful.”

So, Michelle here, Clint didn’t write me the review, but here’s what happened. Let me preface this by saying he lifts every day. He also eats on a schedule, it’s not the Dwayne Johnson diet, but it’s Paleo and timed out throughout the day. I don’t know if it was leg day, arm day, or if that even matters, but he opened both bags ate about half and walked them down to Jeremy’s office (yes, they are co-workers) and generously donated them to Jeremy’s cause. He said, “They’re good, but I can’t have them in my office.” Self control ladies and gents.

“I love a bit of a kick when I snack on a chip, and both nacho and pico came through! I really love the textures and their light crispiness. The nacho was really cheesy, without being too salty or heavy. If I were looking to snack pretty hard, I’d go for the nacho. If I wanted some chips to accompany a sandwich, tacos, or something to hit that savory spot, I’d go for the pico (my fav!). Also, I’m glad there’s beans in it! Yay protein!! Sometimes it’s good to be full of beans. 😉

Pretty good for a barbecue flavor.

Kind of powdery, but a good after taste.

Standard, not great, but not bad.

Good to cleanse the palette, but not a favorite. 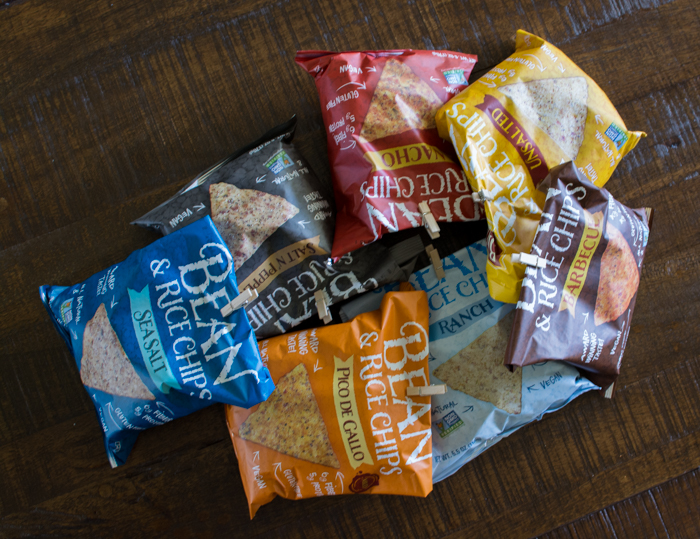 Like a good barbecue should be. Salty. Sweet. Tangy.

Not like a Dorito. A little non-dairy aftertaste. Traditional nacho flavor of cumin, peppers, and cheese. Milder than the Ranch, but in a good way.

Not what I expected, they were more of a smoky chipotle flavor. There was a subtle aftertaste of vegan dairy (or non-dairy). Almost bacony!

Not salty. Haha that made me chuckle. They weren’t bland though either, the rice and bean flavor really stood out. Perfect for a saltier dip or if your serious about a salt-free diet.

Delicious and ‘warm’. I don’t know what warm means.

Perfect balance. A subtle pepper flavor. I liked the aftertaste.

¡POW! flavor. A little of the non-dairy dairy flavor. I can discern the herbs, basil, parsley, and chive.

I think the Pico de Gallo is my favorite—which is great because Dissmore’s in Pullman carries them. Followed by Barbecue, Nacho, and Ranch. The others are good too, but they wouldn’t be my first choice. 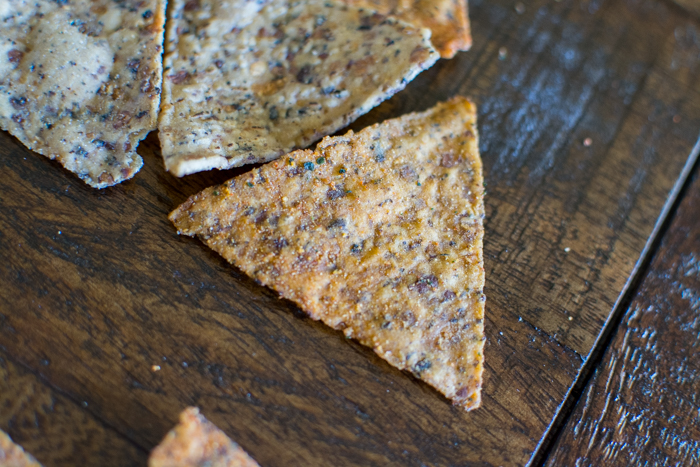 Other things I liked. The chip strength. They hold up in the bag, in salsa, and even hummus. I also liked that they left bits on your fingers to lick off—just like Dorito’s.

I really like that they have stellar quantities of protein and fiber. It takes chip game to whole new level.

A huge thank you to my volunteers! 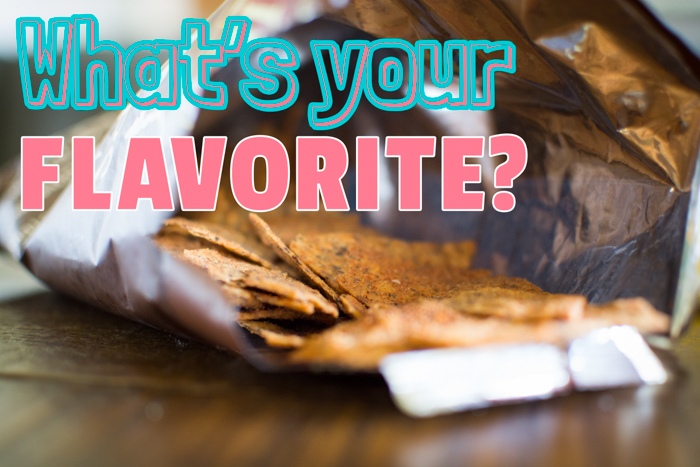 Let us know! Do you have a flavorite?!

Beanfields provided the product for review. All opinions expressed are honest and of the taster.