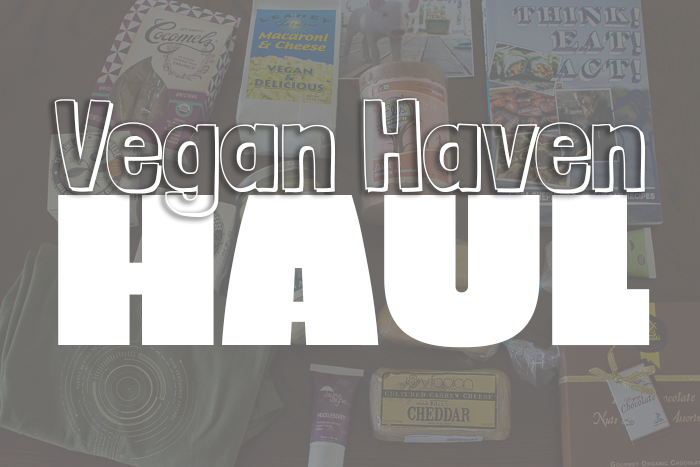 That’s right! This was Jeremy’s Vegan Haven haul, but for me. And for us to share. Well the large majority at least.

Vegan Haven is a sweet little 100% vegan store, located along I-5 in the University District of Seattle, Washington. What is even cooler than a 100% vegan store? A vegan store owned by Pigs Peace Sanctuary, Click here if you want to get lost staring at cute piggies running in the sunshine and tossing pumpkins around.

Sort of recently Jeremy was in Seattle for a conference and I asked if he would stop by Vegan Haven and surprise us with some goodies! Mission accomplished. 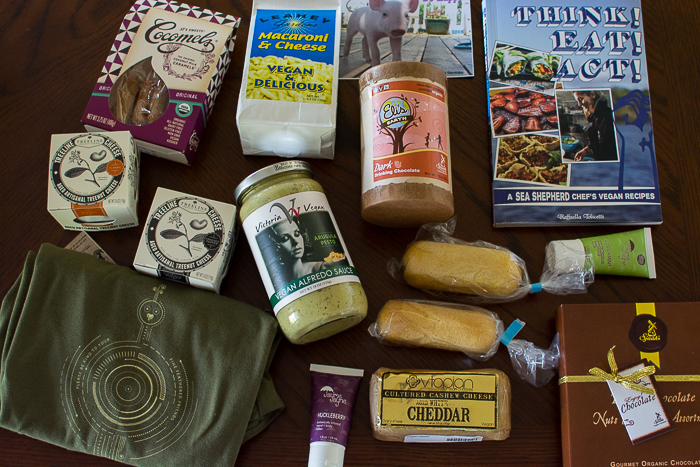 Cocomels. Delicious little coconut milk caramels. They are sticky and chewy with a soft coconut flavor. 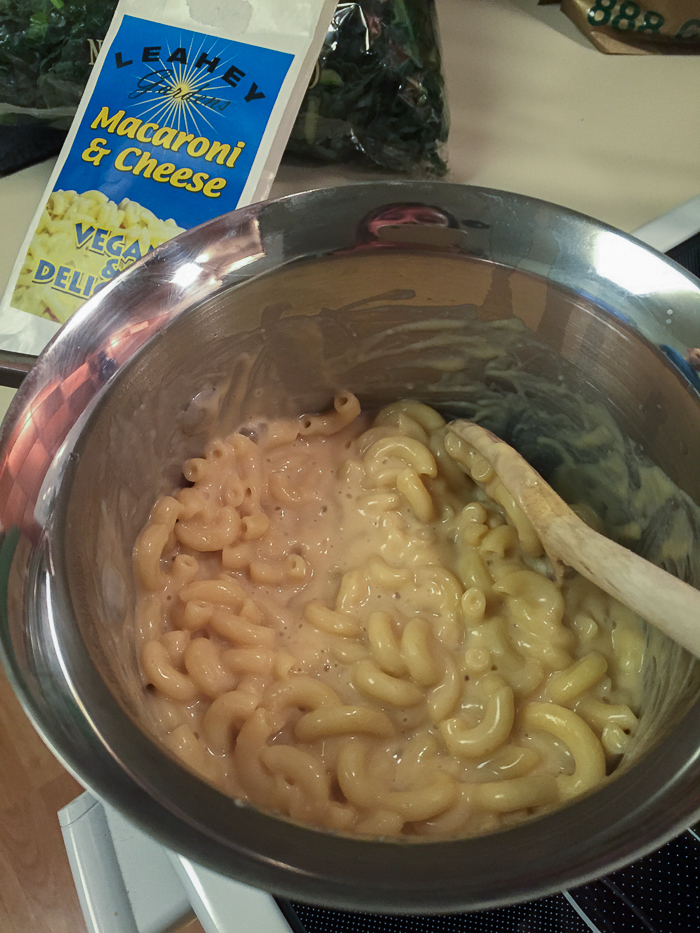 Leahey Gardens Macaroni and Cheese. I think we all have really high mac and cheese expectastions especially when we start taste testing the vegan options available. I really liked this one. I think I still added a little mustard and nutritional yeast to get the taste where I wanted it. Side note that’s how to bring up the mac and cheese level: mustard and nooch.

A cute little piggy postcard that says ‘Be Happy!’ He’s hanging on our fridge.

Eli’s Earth Dark Drinking Chocolate. It took me awhile to open this but man does it make fantastic hot chocolate. I love it with soy milk and rice milk is a good backup. Can you just mash up any chocolate bar or chocolate chips and do this? Hmmm. Time to experiment. 🙂

Jayme Jayne. They are an organic body care company carrying luxurious vegan lotions and vegetarian chapsticks. He picked up the CocoaMint and Huckleberry hand and body lotions. They both smell so good that you want to eat them. The chocolate mint one is especially dangerous. 😉 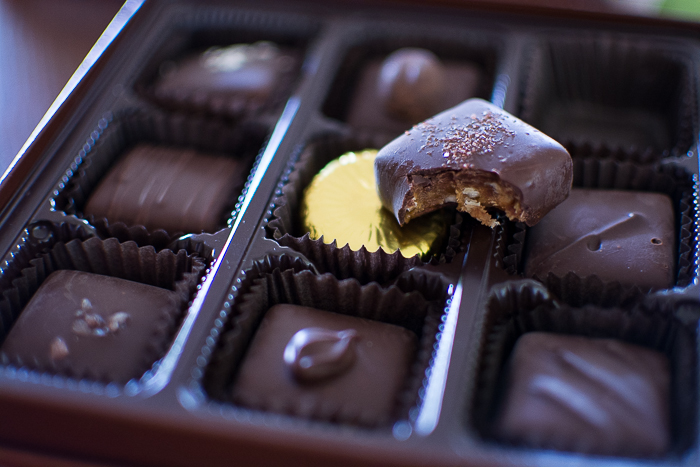 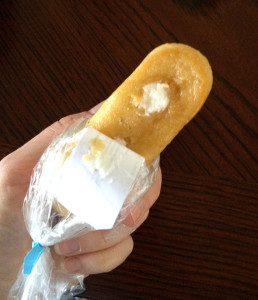 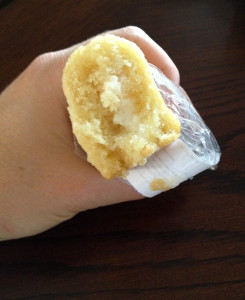 Dillos aka vegan twinkies. There’s nothing more to say except they were delicious! 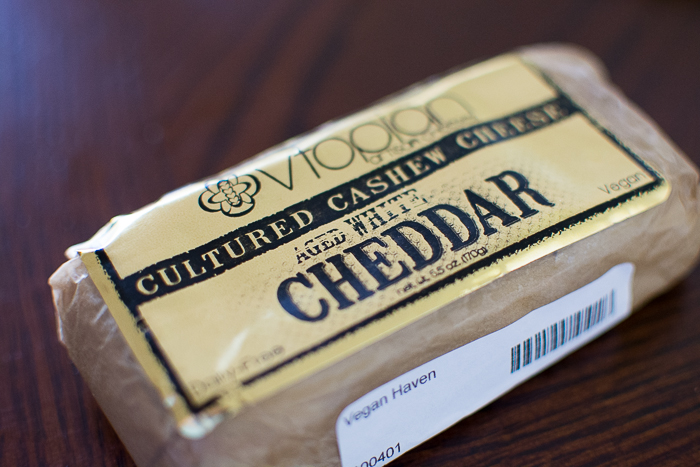 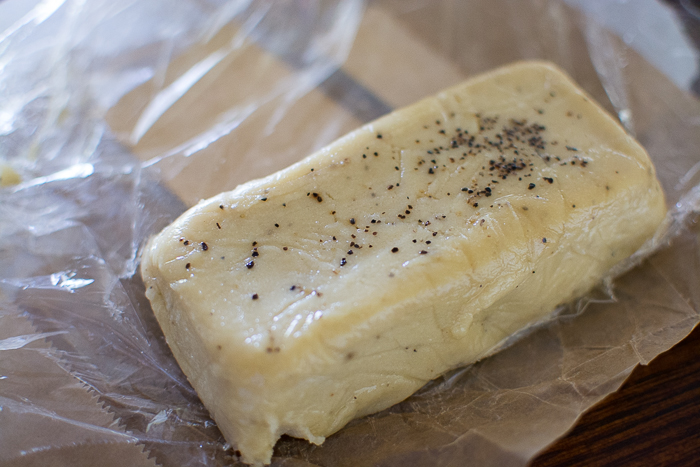 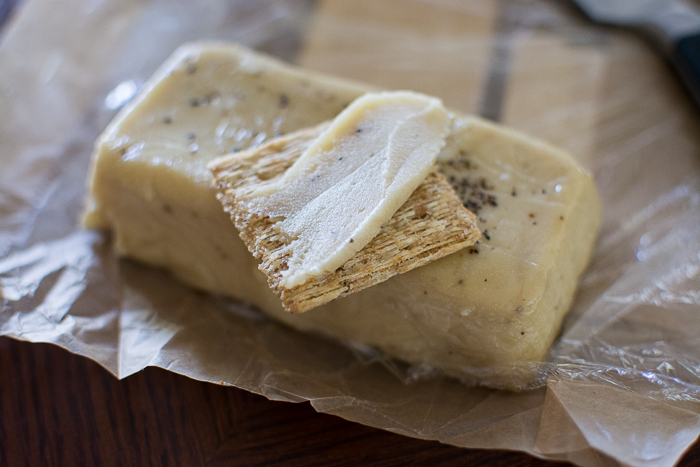 Vtopia White Cheddar Cheese. One of the better vegan cheddars I’ve ever tried. If Daiya is like Velveeta and Kraft, Vtopia is the real ‘wheel’ of cheeses. Unlike real cheddar this cheese softens quickly in warmer temperatures so make sure you have a cooler with ice if transporting long distances. It was heavenly on a triscuit cracker and and didn’t cause the weird farts like Daiya.

Victoria Fine Foods Vegan Arugula Pesto Alfredo Sauce. That’s a mouthful and was it ever a delicious mouthful! I’m happy to say that this was lower in fat too as the last one we tried—maybe a full Alfredo—was as rich as any dairy one and had the same after effects as real dairy one. We had this arugula pesto over spelt angel hair noodles with steamed broccoli. Highly recommended heaven.

Next up was some wearable gear. A sweet and soft moss colored shirt from Lion’s Share Industries. It doesn’t look like their store is working, but their site is up. Are they still in business? My shirt has a cute little chicken made out of ‘stroked’ shapes that says Be kind to your feathered friends.  The shirt, 60 out of 200 made, is called “Wind-Up Bird” by Scott Garner. Also, 15% of their profits go to an animal advocacy organization. Pretty cool! 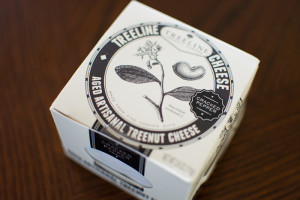 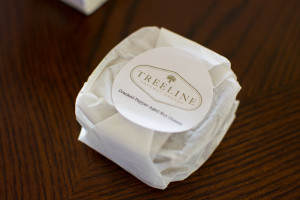 Last up, Treeline Cheese(s). The experience of opening one is sweet. Inside the stylish package is a treasure wrapped so perfectly. 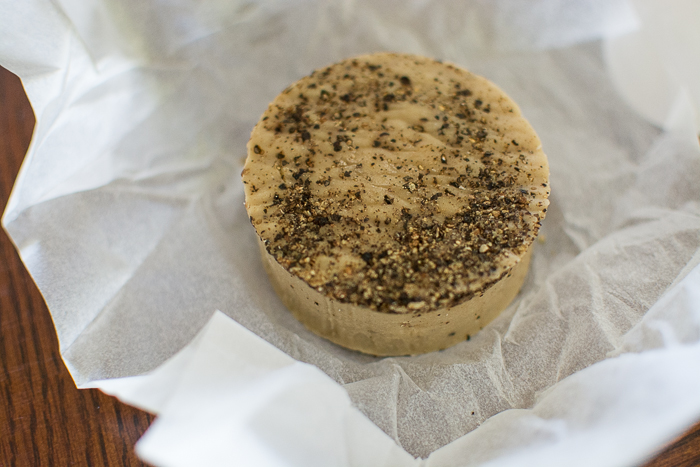 Jeremy picked up the classic and cracked pepper varieties. Treeline has a nice firm texture that is similar to traditional cheese. A mouth feel that’s close to a Dubliner cheese and a flavor that balances savory with that subtle tang. The cracked pepper was delicious and had the perfect pepper effect. 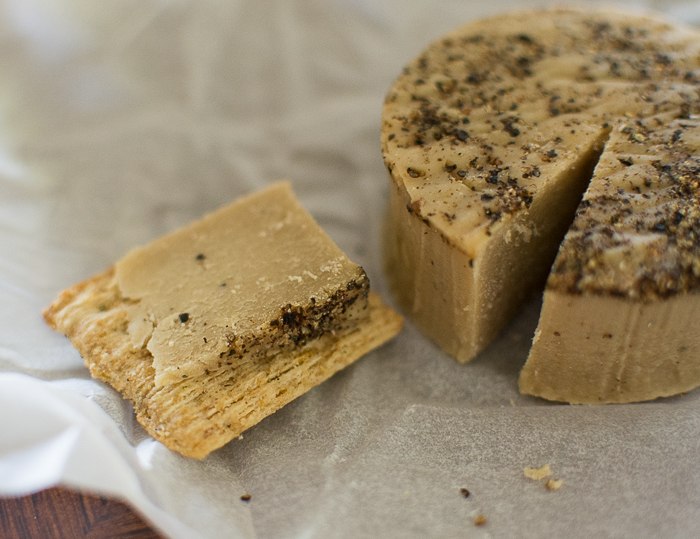 Don’t treat these cheeses like a bulk item that you can stock up on because you live so far away from any place that carries such quality. They will spoil.

I can’t wait to visit Vegan Haven and experience it for myself! Do you have an all-things vegan store near you?