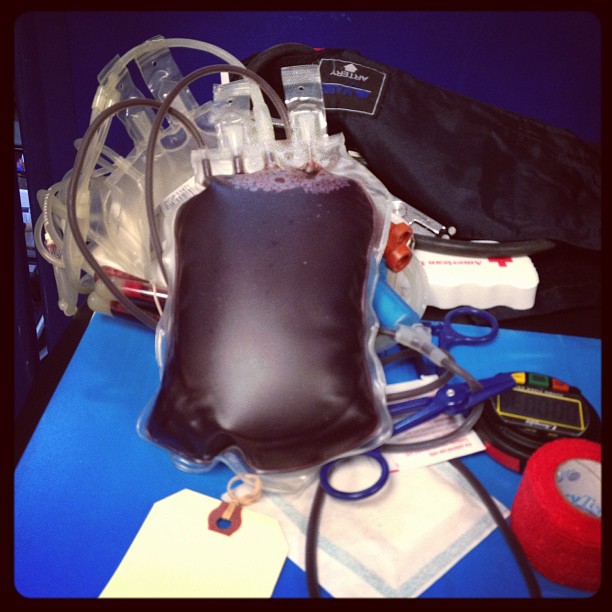 I still remember the first time I gave blood. The City of Batavia, where I worked at the time, was hosting a blood drive in the council chambers. I thought I had discovered an absolutely legit way to get out of work for an hour.

I recall being so nervous I was trembling. I had no idea what to expect. I didn’t even know my blood type 13 years ago.

Having never been bothered by the sight of needles and having a high pain tolerance, I attentively watched and mentally recorded the exchange as it happened. It was fascinating! Watching every step of the way as they gathered my vitals, prepped the vein, inserted the needle, focusing on my intermittent squeeze of the object in my palm to keep the blood flowing — all while comfortably sitting in a reclined padded cot. 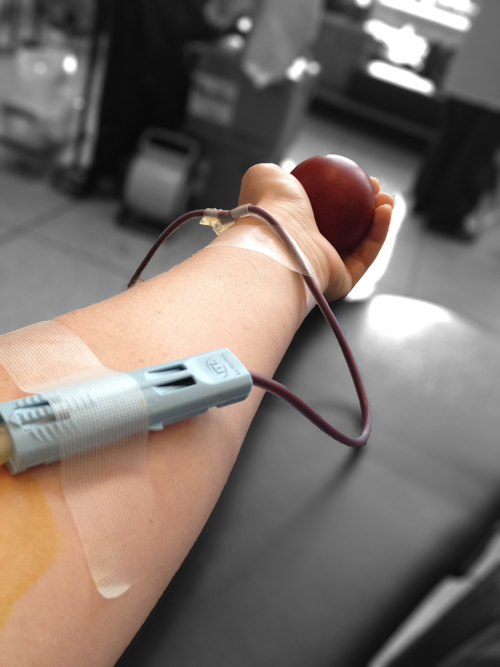 That first experience has led to a multitude of donations over the last decade.

I donate because it’s such a simple and painless way to potentially save someone’s life.

I also give in faith that if one day I need blood it will be there for me. As an O- blood type, I can only receive O-.

In those early years I was an omnivore with vegetarian leanings. Then in 2012, when I gave in Portland, I remember worrying because I was mostly vegan at the time and wondered if I would be ‘allowed’ to give blood, because one of the things they check is your hemoglobin level—which is related to how much iron you have. The process went fine.

Fast forward to 2014, my first time giving blood since 2012 and my first as a committed vegan of almost 2 years. I was—again—a little nervous. Would I be rejected? I haven’t eaten meat for almost 2 years, do I get enough iron? Can I really be healthy as a vegan and get the nutrients I need to do something as simple as donate blood.

You may be wondering… 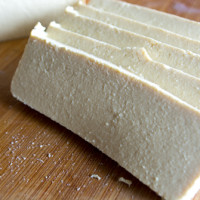 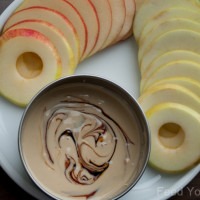 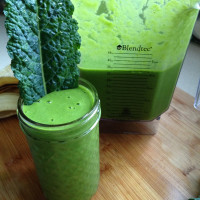 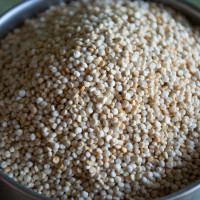 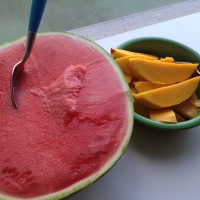 Where do I get my iron? 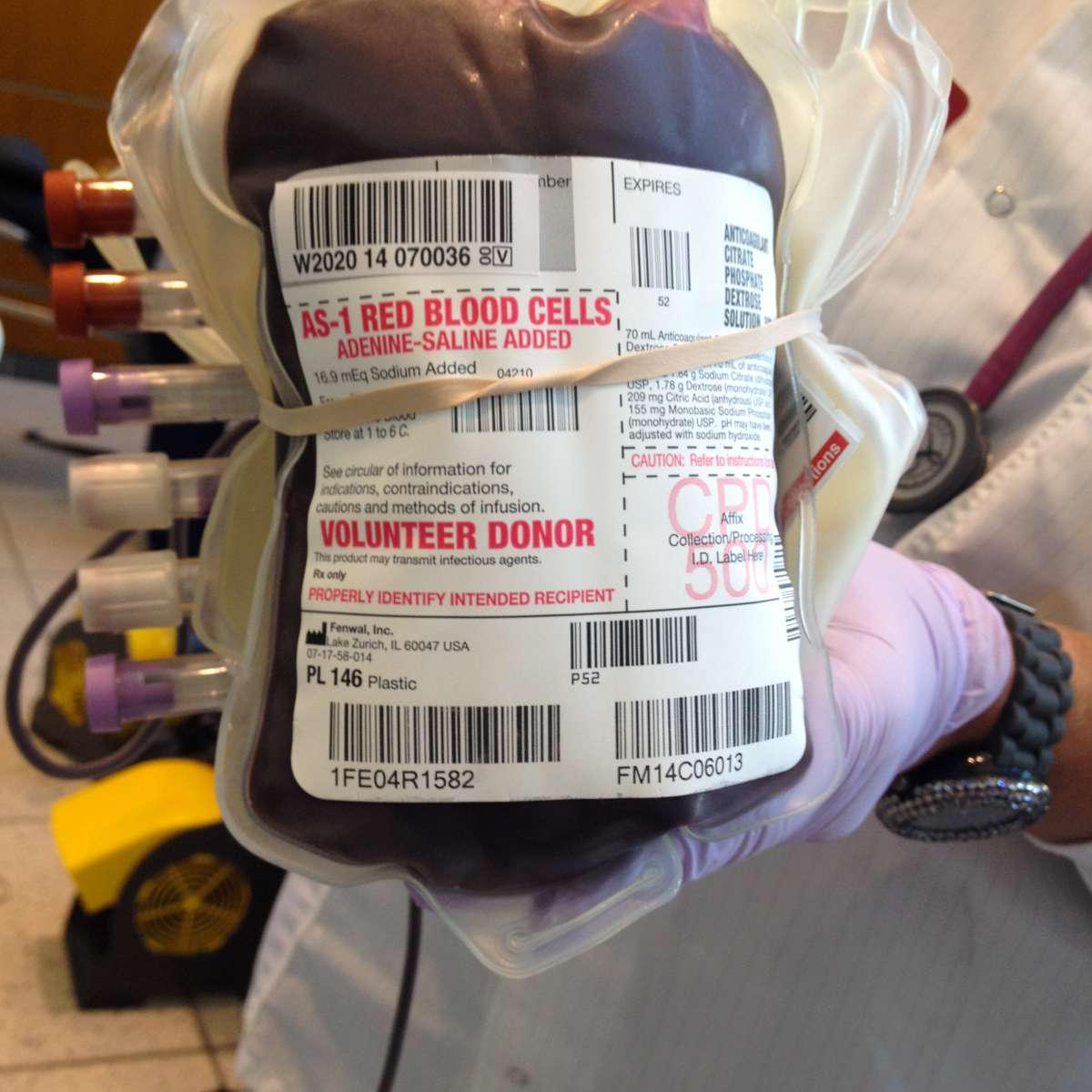 Why is it important to give blood? [source: American Red Cross]

I am thrilled that I am able to give blood and that it goes to someone in need.

Because I believe that giving blood is a community effort, I reached out to my Facebook family and friends to share reasons why they give blood or why they are unable.

“Even though I’ve only given blood twice, I do it because It’s a good thing to do for the community.” – Jeremy F.

“For the benefit of the community, the notion that someday I might need it, and because I have CMV- blood (blood that can go directly to newborns)” – Steve F.

“I donate because I have people close to me who have been on the receiving end of blood transfusions. As an act of thanks to those who donated to allow blood to be available, I donate to pay the act forward.” – Kelly M.

“I give blood because I’m O negative; which of course is the universal donor. When there have been national disasters they always call and I feel special that I can do that!” – Sheila J.

“I donate plasma (not whole blood) because it helps save lives and is a much needed product. My dad donates blood because he is O- and has religiously every chance he has.” – Jenilee P.

“I donate because I am O+, which allows me to do “double red” donations. I’ve also donated platelets, which is super simple, and I am a registered bone marrow/stem cell donor. With my sister battling leukemia again, I see firsthand how blood donations really do save lives.” – Flora R.

“I was declined because of rolling veins, it was very disappointing.” – Diane F.

“I donate because I am O+ and I know that it will help others in need.” – Erik J.

“I’m not allowed to donate anymore either. But I used to love donating.” – Sarah F.

“I donate simply because I feel it’s the right thing to do. Where we live in Texas is pretty rural, so when there is a car accident they tend to be bad. It’s also a pretty small town with a big drug problem, and since I’m generally healthy, I feel it is something I can do to give back and help someone. Our blood center will call when your blood is used. Once, my blood was used almost as soon as it was available. That really made me feel like I did something profound.” – Angela S.

“They don’t let me in the US because I used to live in Europe and they are afraid of mad cow’s disease.  But I was a blood donor in France. Both my Dad and I are universal donors (0 -), and the hospitals are always on shortage for 0 – … It is just such a small easy thing to do that can make a big difference for someone…” – Bee B.

“I used to give blood on a regular basis. Then the Canadian blood services changed the rules about people who had lived in Europe. I am no longer allowed to donate. Something to do with mad cow disease and potential exposure. The reason I gave blood was simple to help people in need. Pay it forward type thing. I miss it.” – Sally P.

I’m thrilled that so many replied and shared why donating blood is important to them. Whether you want to pay it forward or have experienced a loved one benefit from someone’s generosity – it’s important we all get out there and donate. Even though I’ve given blood numerous times I never really understood that the sexual and lifestyle questions meant deferral from giving blood for many. I hope we are pushing the science of blood ‘safety’ and that it grows leaps and bounds to allow these champions to donate in the near future.

Enter your zip code to find a blood drive near you.

Why do you give blood? Do you have any questions about giving blood? xo