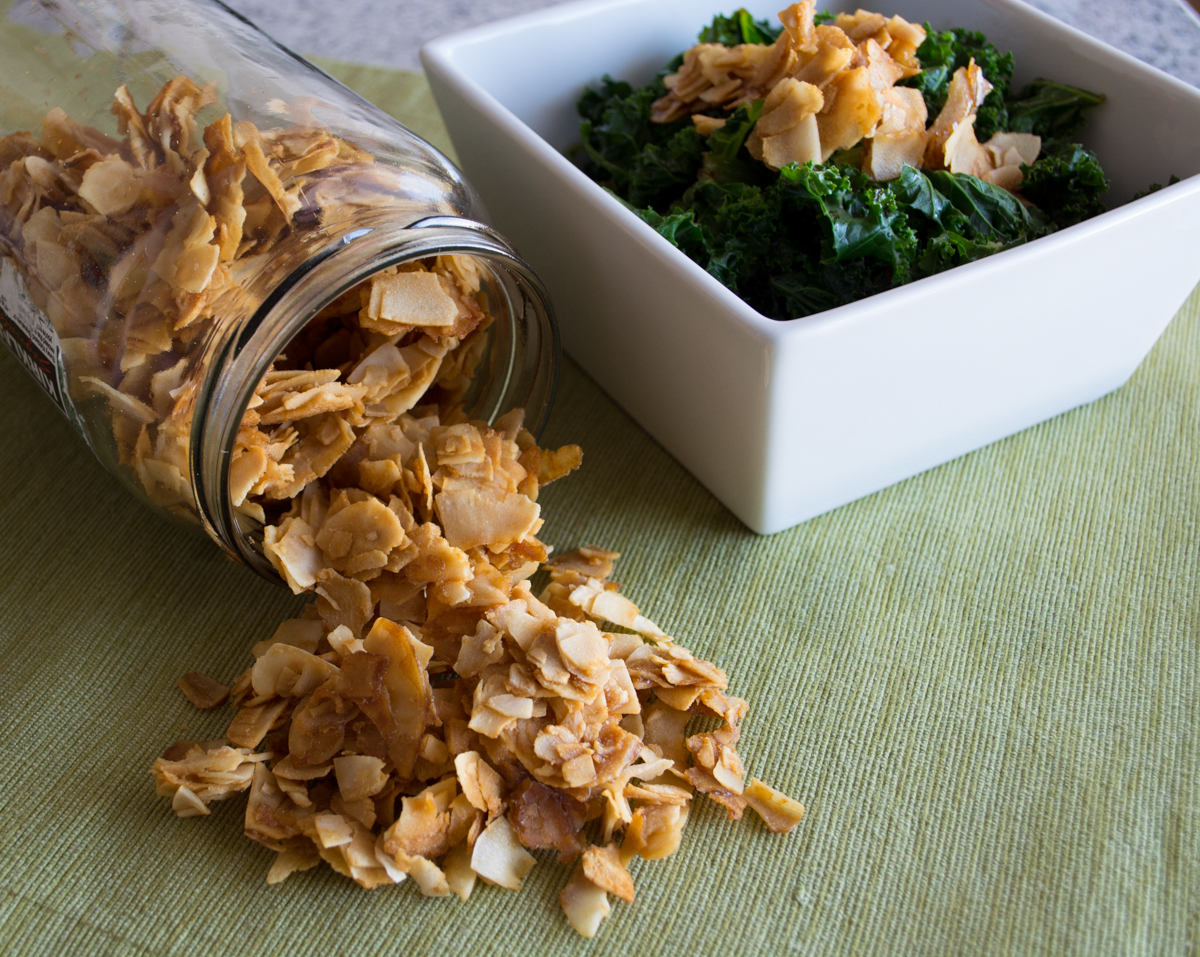 Crispity crunchity put on everything, throw them at your face yums—is what these should be called.

Refer to them also as Coconut Bacon.

I’ve had my eye on this delicious recipe probably ever since Gena posted it at Choosing Raw.

I’m happy to say I finally made them!

First things first. She brilliantly gave options for baking or dehydrating, depending on your preference. Secondly, I couldn’t stop eating them. I tried a few and then a few more while they were marinating—delicious!

I also doubled the recipe because I bought an entire bag of coconut flakes just for this purpose and I highly recommend you follow my lead.

I baked and dehydrated them because I’m funky like that. We have a small oven and small baking trays and while some were crisp (near the edges), most were still chewy. We pulled a few off for our loaded baked potato dinners and then I transferred the parchment paper sheets and all to dehydrator trays and let them dry out over night. By morning they were crisp.

The only thing I adapted was by adding a few drops (probably 5) of a natural liquid smoke. Mmm!

The sauce is fantastic and easy to adjust if you prefer them a little less sweet and more salty etc. I recommend using a slotted spoon to transfer them from marinating bowl to trays, reducing the liquid will help even more crispies come to life. 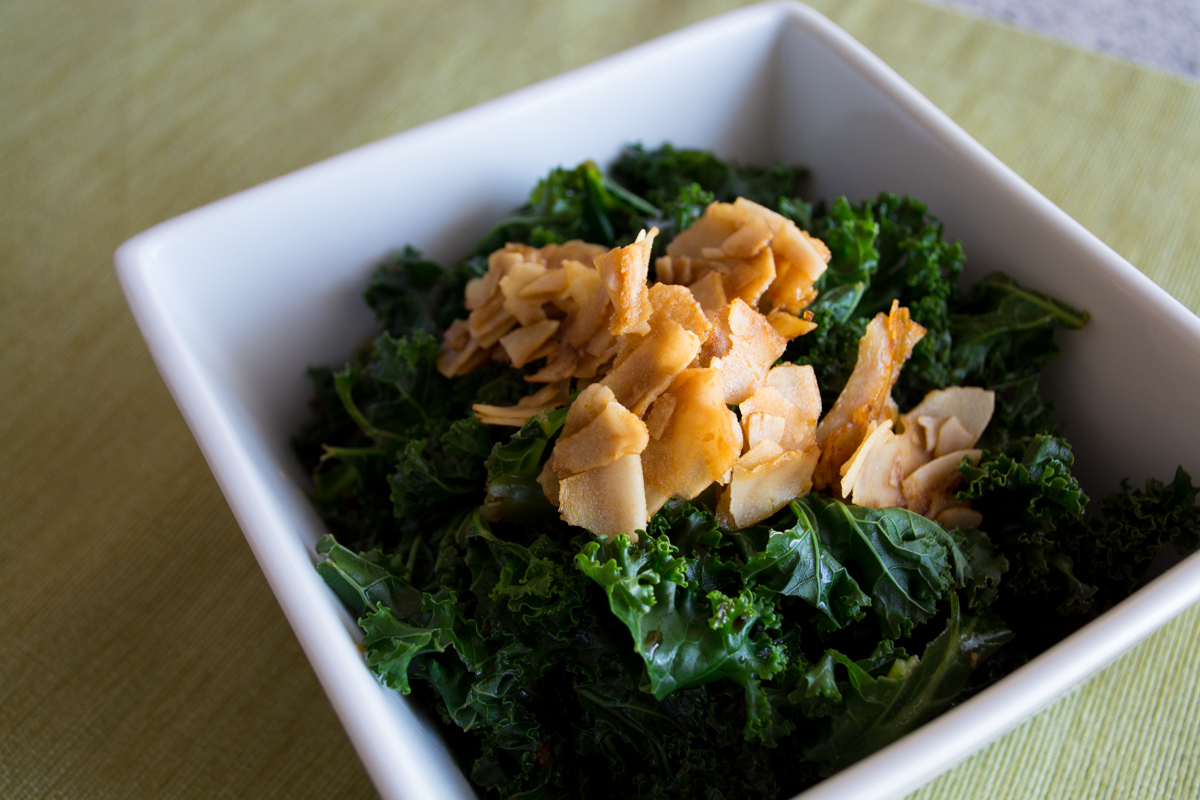 They are fantastic on loaded baked potatoes as I mentioned above and they also add nice flavor to a bowl of steamed kale. I could even see these on pancakes! They just spur creativity.