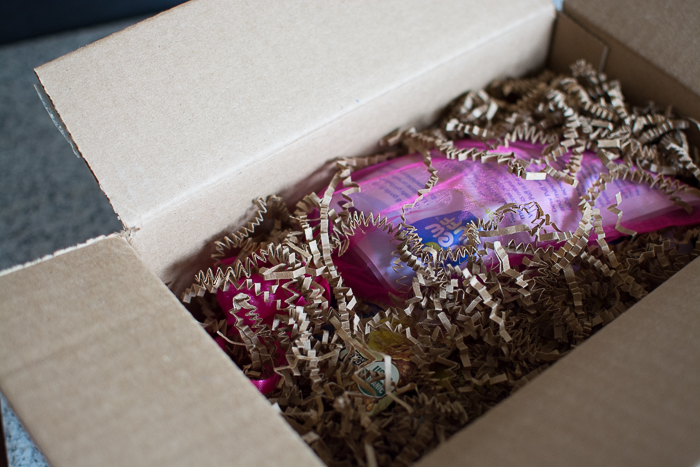 Yep. Those crunchy nuts though. Let’s take a look at this month’s Vegan Cuts snack box. 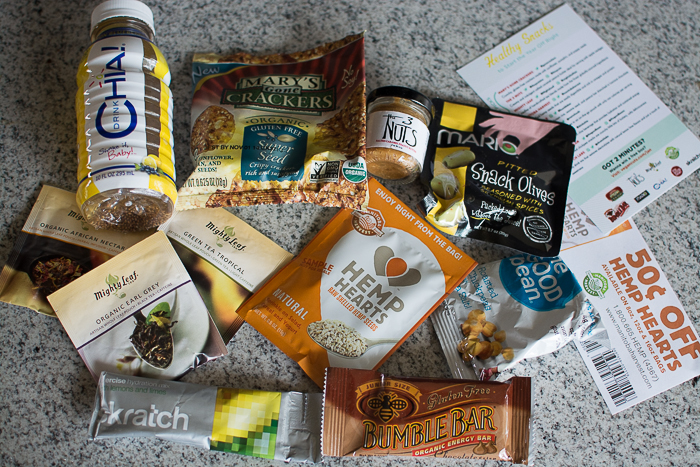 It’s my five month anniversary with Vegan Cuts snack box and I’m still really excited to rip that box open when it arrives. I know I pay for it, but it’s like Christmas to receive something and not know what’s inside. 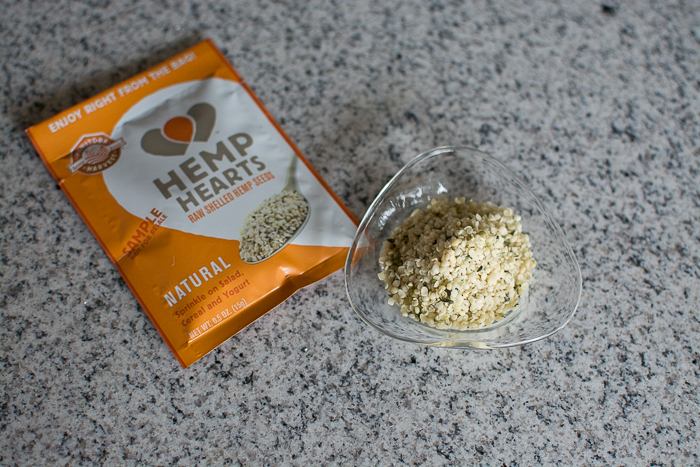 January is starting off pretty good with the arrival of Manitoba Harvest’s Hemp Hearts. I freaking love hemp hearts. Pro tip, if you buy hemp hearts it means the pesky shell has been removed. Trust me. I made the mistake of buying un-hulled hemp hearts once. They were much cheaper than hemp hearts, so I thought I was getting a great deal. The deal was that they were absolutely gross and I threw them out after six months. I’m already a fan of Manitoba Harvest’s hemp hearts and hemp protein powders, but I loved getting this little sample pack. I ended up taking it to work and putting it on my salad and smoothie that day. [Buy on Amazon] 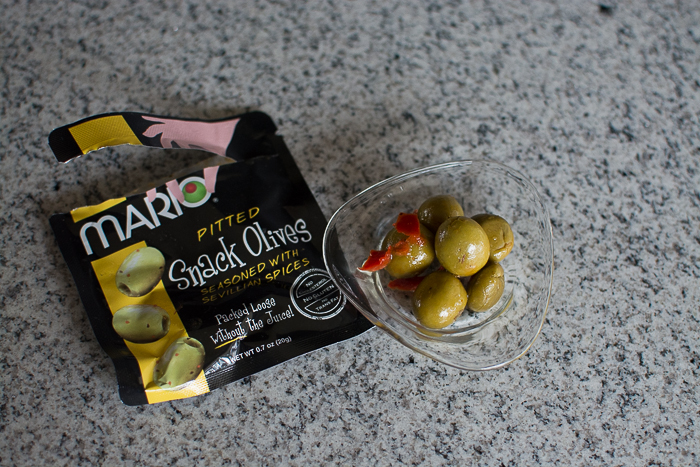 Next up were Mario pitted snack olives. You all know I’m a fan of pickled and fermented things. I mean, I hope you know that. I’m a HUGE fan! These seasoned olives were no exception. Delicious and had a little bit different of a flavor than those that come in brine, but perhaps it was the seasoning. Either way I loved them. I was sad there were only a few, that I begrudgingly shared with Jeremy. [Buy on Amazon] 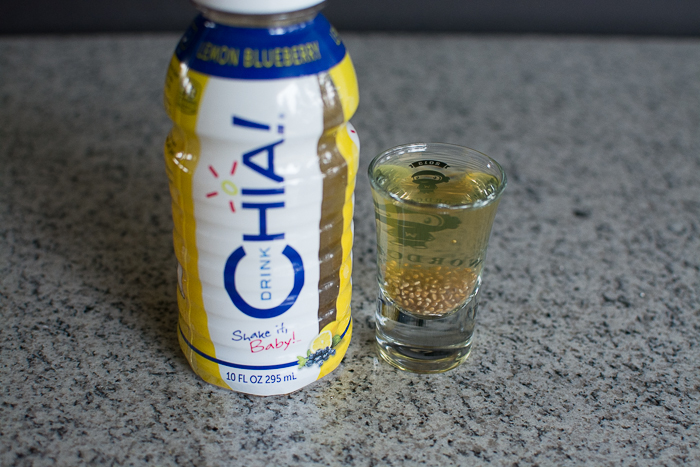 I was really excited about this Drink CHIA! beverage. Lemon blueberry flavor enhanced with nutrient-rich chia. What’s not to love? Apparently a lot. I did not like it at all. The flavor wasn’t great and the chia weren’t suspended like I’m used to with homemade chia drinks, which made the texture strange. I dumped it out. 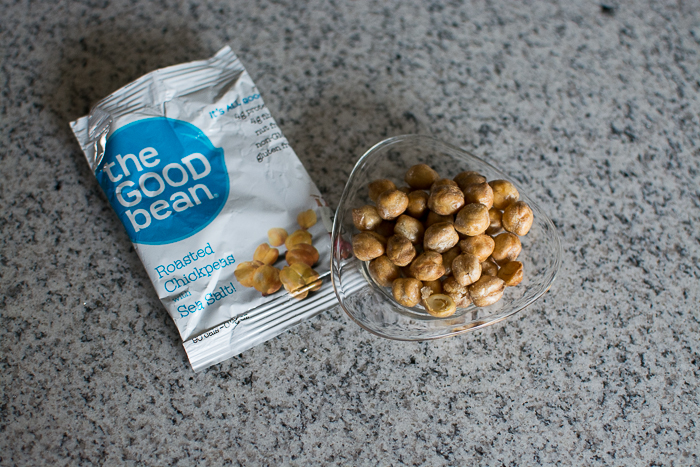 The Good Bean shared their “sea salt roasted chickpea snacks” with a crunchy, buttery, salty flavor. They were alright. I thought they were a little too hard for my tastes, but the flavor was good. Do I have old people teeth? Don’t let me put you off though—chickpeas are a great high fiber and protein snack. 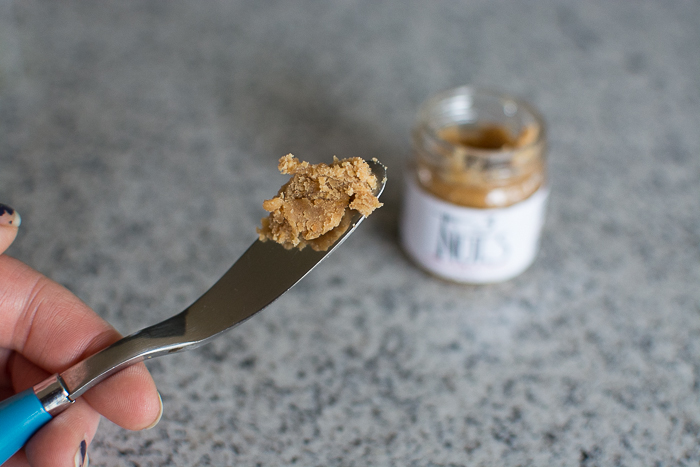 Are you ready to swoon? The 3 Nuts sent their INDULGENT SALTED CARAMEL PEANUT BUTTER. Oh dear god it was amazing. I wiped the jar clean with my tongue and fingers. There was nothing left. It’s a little drier than plain old natural peanut butter, but that’s the same result I got when adding coconut sugar or maple syrup to my homemade nut butters. Something science-y must be taking place. Side note, from just visiting their site, I see they have Cookie Dough Peanut Butter. What is life even? That sounds like trouble! 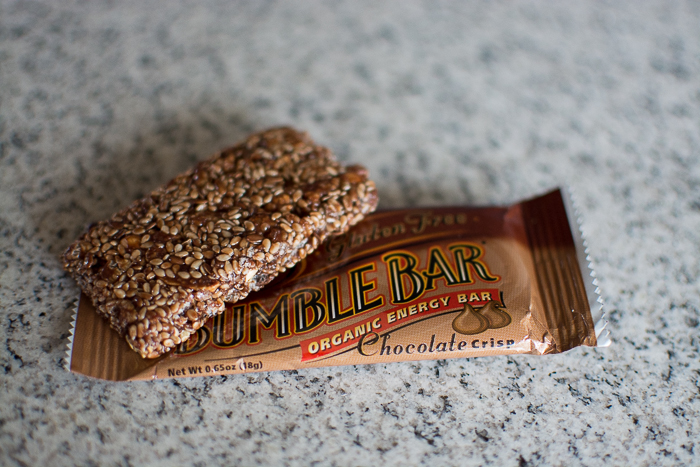 That seedy looking bar is all seeds and though it looks like something you’d exfoliate your feet with I assure you it’s not. This Bumble Bar is delicious and vegan! It had a great chocolate flavor with each chewy crunchy bite. All their bars are gluten-free and vegan. I was actually surprised to find that all their bars were vegan with the bumble bee logo I thought maybe many of their products had honey in them. Not the case.

“Why is it called BumbleBar if it’s vegan? (AKA: Why is there a bee on the front of the wrapper, when there’s no honey in it?)

The name “BumbleBar” is meant to evoke thoughts of Bumble Bees. Not only do those cute Bumble Bees pollinate the plants that are responsible for many of our ingredients, especially almonds, but they are also the first animal affected by pesticides and herbicides. As our goal is to promote organic agricultural practices, the bee icon opens a dialogue about the positive benefits of organic farming.” 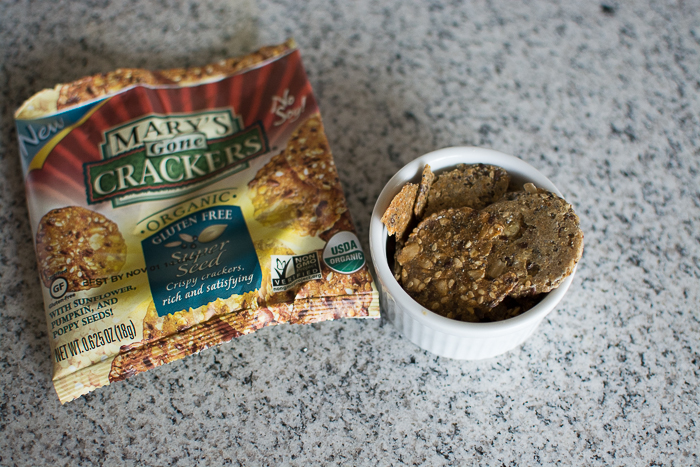 Last but not least, Mary’s Gone Crackers. These organic, gluten-free, non-gmo, whole grain, vegan, and kosher crackers are actually pretty amazing. They have an undeniable crunch and any cracker containing sesame seeds is a hero in my book. The best part is we’ve picked these up at Costco! [Buy on Amazon]

January brought mostly loves and only a few dislikes. What did you think?