Oh Mamrie! I still remember the first video of yours that I saw. I was still new to Youtube and totally didn’t get you.

But now I do. I totally do!

A million queef, fart and coochie stank jokes later and we are online bffs except you don’t know me.

In case you aren’t familiar with Mamrie and her Youtube channel, she is a Youtuber, comedian, pun master, drink maker, and vegan.

She releases a mixed drink recipe video about every week. 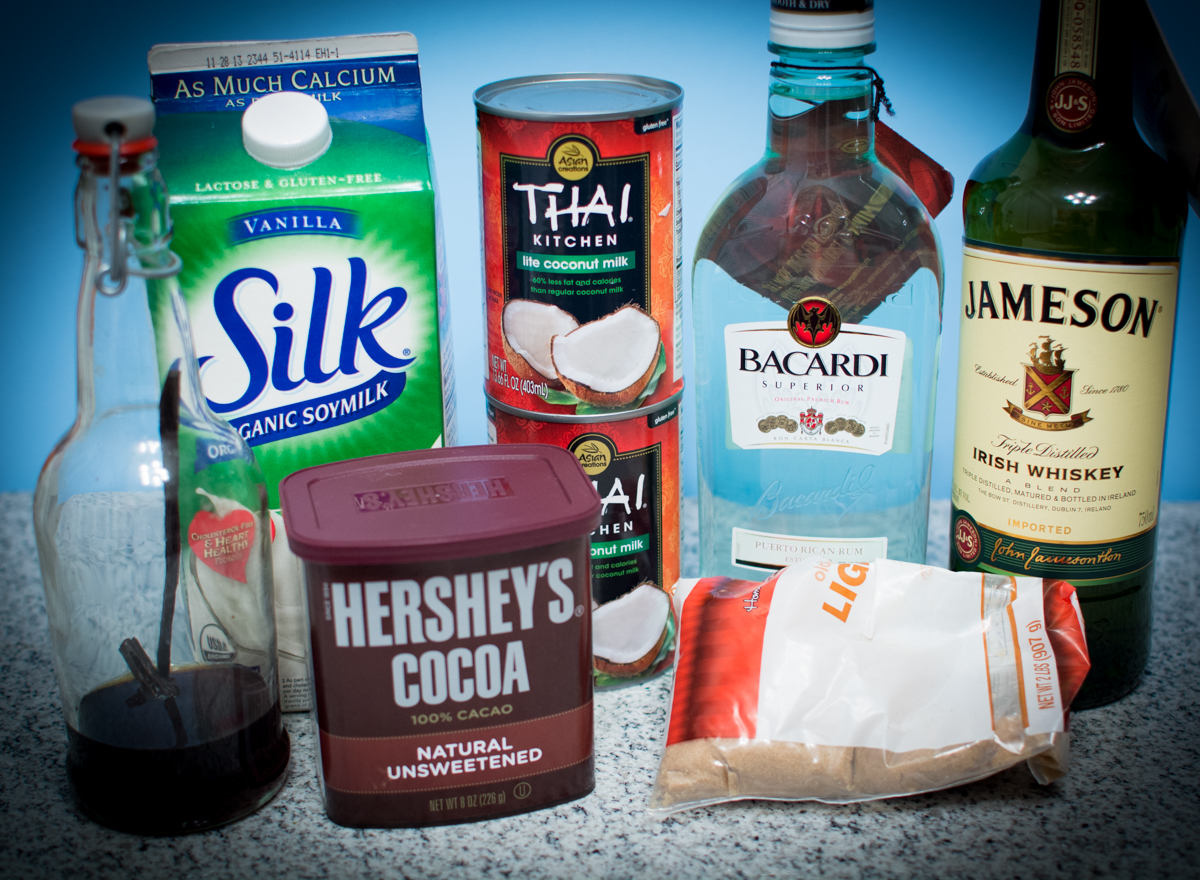 In today’s Go Make This – I finally made her Vegan Bailey Grace. It’s a perfect vegan version of Baileys that utilizes coconut and soy milks along with whiskey, coffee, rum and a little sugar.

I made this a few weeks ago and keep it in a half-gallon mason jar in the fridge (it will make a little more than that to begin with) and so far it’s still good. 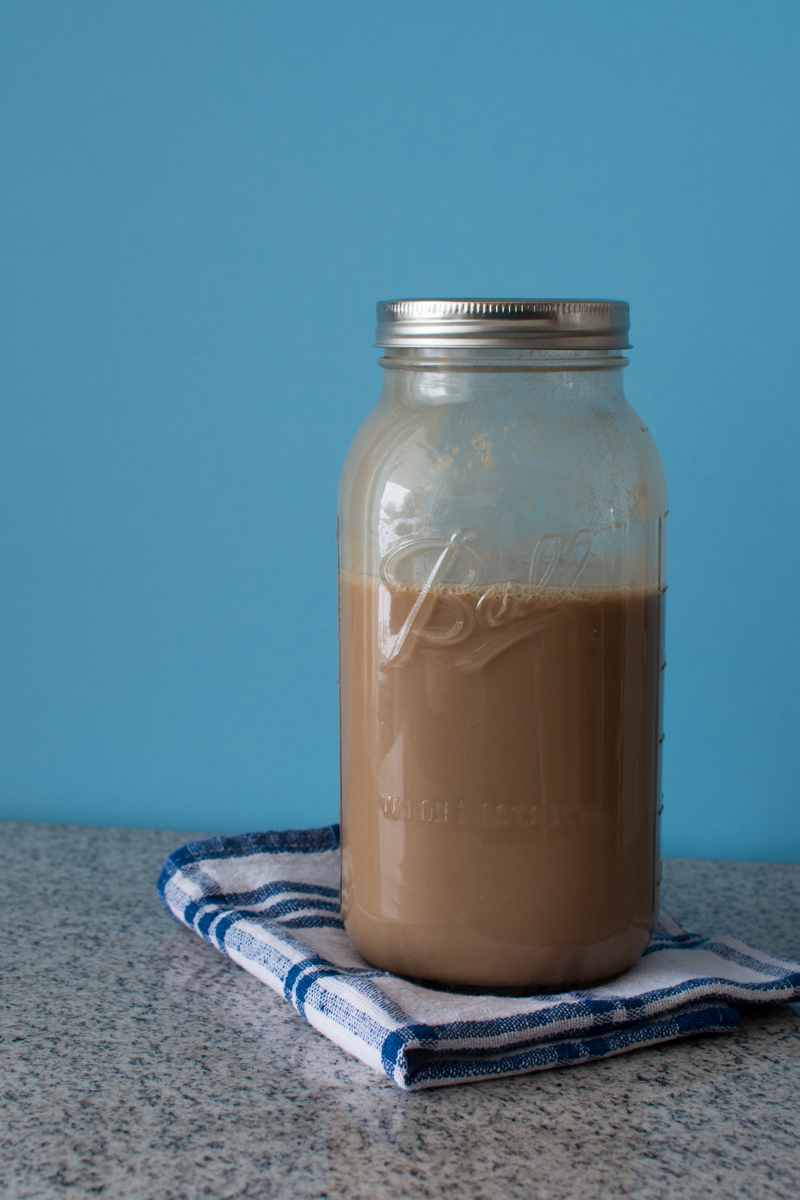 We’ve enjoyed it over ice, in coffee, in soy/coconut nog (!), and soon to be hot cocoa.

Mine is a little darker than Baileys because I went crazy and used 2 tablespoons cocoa powder instead of 2 spoonfuls. 😉 I think coconut sugar would be a good substitute for the brown sugar too.

Halve this to make a smaller quantity or bring to a holiday party! Who wouldn’t want alcohol out of a mason jar?