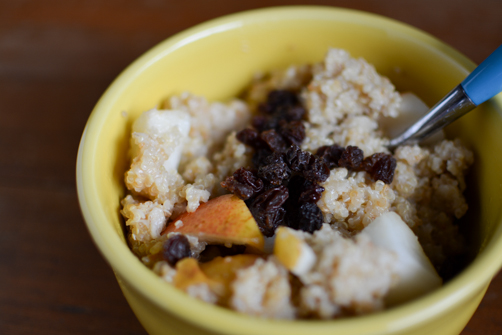 My typical breakfast rotation includes stove-cooked or baked oatmeal and magnificent green smoothies. Either of these options help satiate me until lunchtime and they both provide beneficial nutrients, fiber and protein.

The other day I mixed things up when I made this oatmeal quinoa porridge, by using 1/2 oatmeal and 1/2 quinoa. What transpired was delicious! It’s still creamy but has the added texture of quinoa plus a little of the nuttiness I love. Dress it up the same way you would your favorite oatmeal. 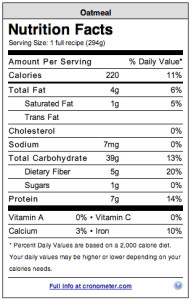 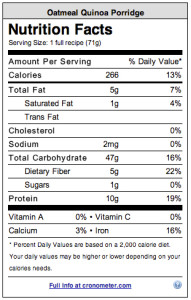 As you can see they have very similar nutritional profiles, but the quinoa adds a few more calories, an additional 3 grams of protein and 6% more iron.

I feel like this could be the jumping off point for many other grain/seed combinations! It will be interesting to see which grains really compliment and boost the already healthy oatmeal.

In other news, I really like when Edible Perspective does her ’10 Things’ list—a roundup of her week and thought I could adopt something similar. It’s often easier for me to just shoot out a recipe versus weaving in a life event to make a story/recipe post. Without further ado, here’s my 10 things.

1 – Starting in September I began writing out an editorial schedule for FYS and that has really helped me stay excited/get back into consistent blogging. With October I actually mapped out the entire month ahead of time—which I’ve never done—and I really like it. 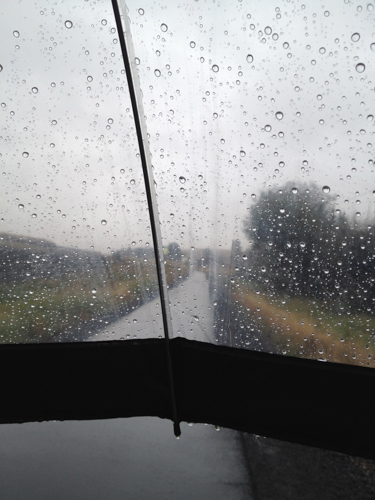 2 – I’ve been walking twice a day most days and as you can see, rain or shine! It is so refreshing and reminds me of the days when I got back from my first trip to Ireland and walked everywhere during the Illinois winter. Touring during the off-season in Ireland means you get used to being out in the light rain, which is a lot like a Portland winter. 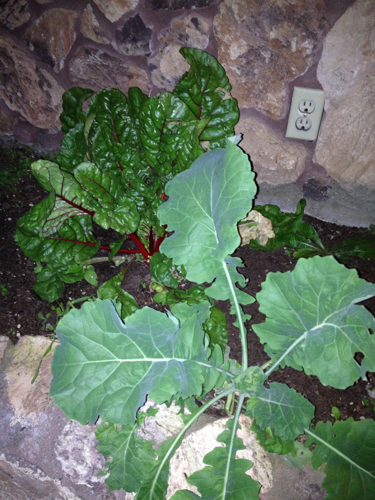 3 – Our collards and swiss chard are going butt crazy. You read that kale and collards are hearty fall crops and will survive a frost, but never did I imagine the way they would explode and mature into—I would buy these at the store—greens. 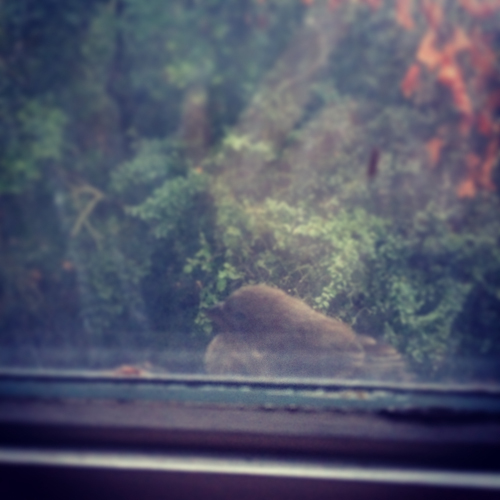 4 – I don’t know what kind of little guy this is but he and his family come and hang out on the windowsill by our bed in the mornings. They are adorable! They eat little ‘things’ out of the wood and peck at the window while staring in at us. 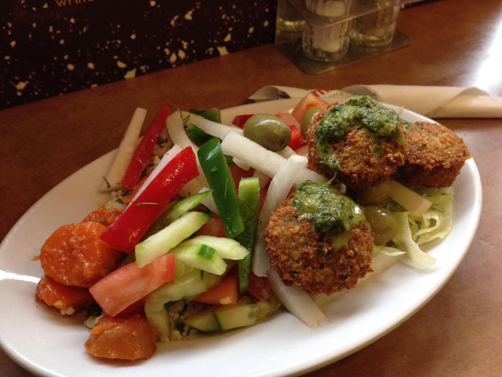 5 – Jeremy arrived home from The Netherlands this week, he was at WordCamp Europe. While he was there I asked if he would find and eat a vegan meal for me. This plate of falafel and deli salads looks delicious. Good job! 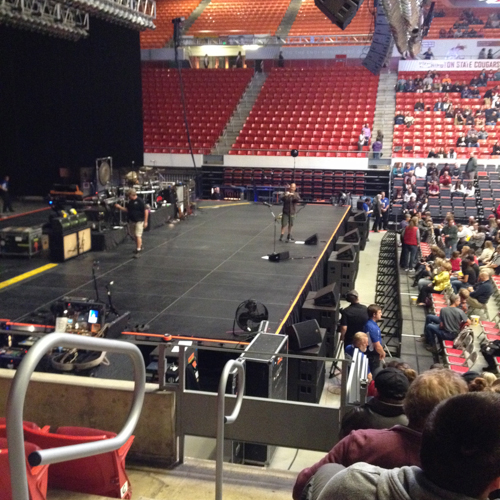 6 – We saw Heart on Friday night and it was awesome! One of the benefits of living in a rural college town, entertainment. Fun fact, I didn’t realize the two female leads were sisters.

7 – I closed up a giveaway for a Vegan Cuts snack box and it was both successful and a failure. I was really surprised how few people entered and was freaking out a bit the first few days. In the end about 5 people entered, which at that point I didn’t care how many, I was just relieved there would be a winner. I can’t decide if the FYS following is really really not into any processed foods, even if they are from a healthier subset or if I didn’t manage the contest effectively. Either way congrats to the winner! His favorite vegan snack is coconut water – great choice!

8 – I bought matcha powder for a fun Halloween treat later this month. It was my first time buying and I was blown away at how expensive it is! I did buy it at the co-op versus looking around online for bulk, which I normally do.

9 – We’re at the middle of October and leaves are just starting to change. It will be fun to experience our first fall, winter, and spring in a new city and state. It will be drastically different from Portland but I’m not sure how different from the Chicago area – so stay tuned.

10 – I’ve been obsessed with YouTube this last year and have really been thinking about doing daily vlogs and maybe some more food related vids on the FYS channel.

Enjoy the porridge recipe and let me know what’s been happening in your neck of the woods? xoxo