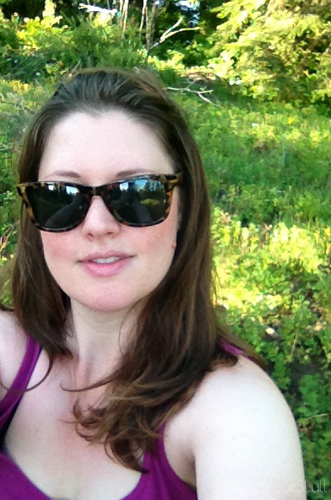 Life is good! I have a few fun updates to share since my last staggered postings. Grab a cuppa and join me!

Life and We Moved!

Just a few months ago we were on the cusp of deciding whether or not we would spend a 3rd year in Portland, move to the Columbia Gorge area (gah! so gorgeous), or ???

Well, we chose or.

We seriously scouted and looked at places in Portland as the end of our 1 year lease was creeping up. We knew we wanted to be out of the downtown area. It is super convenient for getting around and things being close in general, but you do lose some elements, like quiet – those moments where there’s not some level of sensory overload (yes I’ve never lived in the downtown of a major city before).

We were still carless and staying in Portland meant we could put off buying a car for a little while longer (although we really wanted one) or move somewhere else and essentially have to get a car. 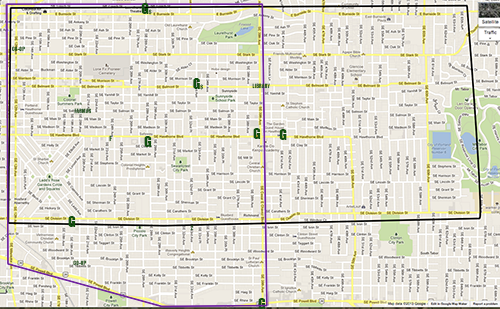 That’s when we seriously started to consider moving to southeast PDX, an area where everything is more neighborhood style and where people knowingly respond, ‘Oh yeah, I live in the southeast’. We heard from a few people the desirable range to live in, if you wanted to be able to walk or ride bikes to run errands the way we’ve been accustomed. So, I started mapping out where things were, so we could match up a possible rental with nearby conveniences. 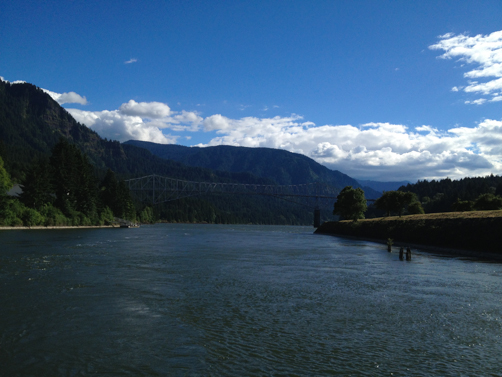 In betwixt all of this we were also considering getting out of Portland altogether. That’s when we started to consider the Columbia Gorge area.  A few trips with the Zipcar east of Portland and we were falling in love with that area. Tall and dense beckoning forests, smallish towns, and so much nature you might not know how to behave. We pretty much let go of any ‘want’ to live in Portland after our time there. So, began the fervent hunt for a rental. A local realtor came in with the reality that rentals go quick if you’re not paying attention, especially during the summer when people rent for the entire summer in order to wind and kite surf in the Columbia. We found a pretty awesome, frequently updated site and put in our application. Put in our application. We were that serious guys. 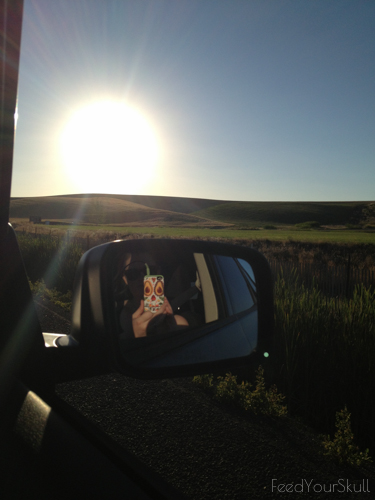 At that very same moment in time something else was spinning, the or option. Jeremy found out about a job at WSU (Washington State University) involving awesome WordPress’ness. Plans were made quickly to rent a car and head up there for a—can we see ourselves living in a rural college town—visit.

Just remembered there was also a short time this year where we considered moving back to IL.

That long weekend was a whirlwind. Jeremy met with a few college folks, we managed to set up a few appointments to look at rentals and even sightsee The Palouse. 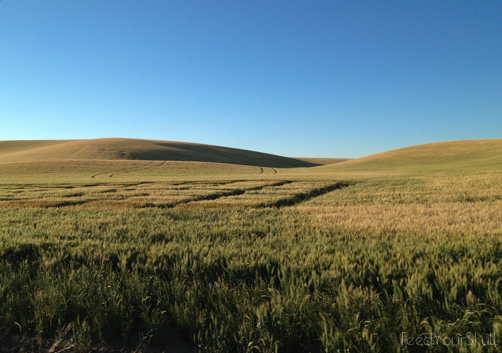 Needless to say we were both extremely excited about this 3rd option and new adventure. We were ready for a change and to get out of the ‘big’ city and to a quieter more peaceful existence. We did just that! We’ve moved to Pullman, Washington! We’ve been here since mid-July and LOVE it.

It is a rural area but with a state college in the mix. We’re also 8 miles from another state college in another state (ID). Having both of these colleges in our midst means there is plenty of opportunity to see and experience things that maybe another small town wouldn’t have. Also there is an amazing co-op in Moscow, ID and I have found SO many fun products there on top of all the local produce. Heaven! Last weekend I bought nutritional yeast and tamari from the bulk section…totally spacing on the fact that I had an unopened bottle in the pantry. 🙂

We’re renting a house this time around and it is 3xs the space of our last place and 4xs the space of our unit before that. I love it. I can do jumping jacks, gallop around the upstairs (I’m serious – Jeremy and I both have galloping sessions), do ‘construction’, hang clothes outside, plant a small garden, forage on the property (apples, lavender, grapes, mahonia japonica berries, and oregano), and do things in the garage with toxic chemicals (refinish a coffee table, nightstands, a dresser) – just to name a few. Having the space to immerse myself in creative projects is therapeutic beyond belief.

This has been a long time coming. Truly, an embarrassing amount of time.  Since November of 2012 I have been vegan or whole food plant-based as I also like to call it.

I’ve found it incredibly hard to put into words that decision and how I feel about it and for all the pondering and philosophizing I’ve done in my own headspace I’m still not ready for whatever way I thought I was going to announce and talk about it but here it is.

One thing I’ve realized is that reaching desired eating habits is not a set in stone finish line. All of us will continue to evolve, grow and learn no matter the decisions or ultimatums we decide. Meditating this morning I decided veganism was a seed, maturing into a tree. I don’t know how that tree will grow or which part of the sky it will stretch towards but the seed was planted. Now that young little seedling has sprouted and tentatively broke through the earth’s surface to reach for the sunlight. I’m trying to nourish that eagerly green little sapling and come to terms with how I feel about the label ‘vegan’.  I’m mostly turned off by the label because of the negative ways others may perceive veganism from their previous run-ins (which I almost think are from vegan trolls on the internet because seriously, every vegan I’ve met in real life has been awesome). Trolls on the internet are not humanity. What else? We shouldn’t give a *hoot* about what other people think. Period.

I’ve also referred to this time as being in the vegan closet or being a closet vegan. If you’ve read my about me page or thoughts on food you’ll know I’m not really comfortable with subscribing to labels. I think somewhere in my head I had this idea that veganism was this 100% thing, like there is some perfect ultimate vegan god or goddess that you have to be or strive to be. Thankfully, I’m recognizing that this just isn’t true. No one is keeping a score that I care about. And no one can judge us more than we judge ourselves. So cut that shit out. No more judginess. Kick that baggage to the curb.

Another reason (read: excuse) I’ve kept quiet is I honestly at some level was waiting for the other shoe to drop. Like, okay I’ve made this massive commitment in a public space and then spitefully all of my hair would fall out, I’d get gangrene, or one eye would rotate towards the back of my skull. You know?

Guess what? That shit hasn’t happened. I feel  great eating this way and systematically learning and being comfortable with meals that are all plants versus some plants and some meat substitute (there are times for both in my life though).

So yeah. 🙂 I’m sure we’ll have many more conversations on the topic. 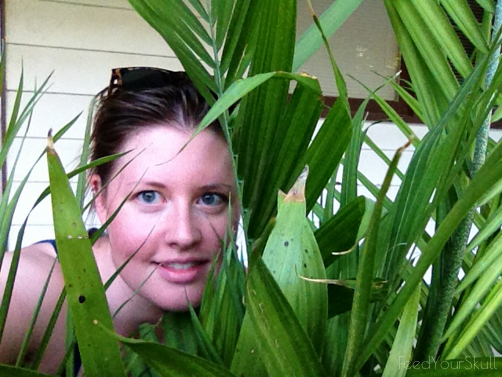 Have a fabulouse weekend! Get it? Fabulouse? Palouse?