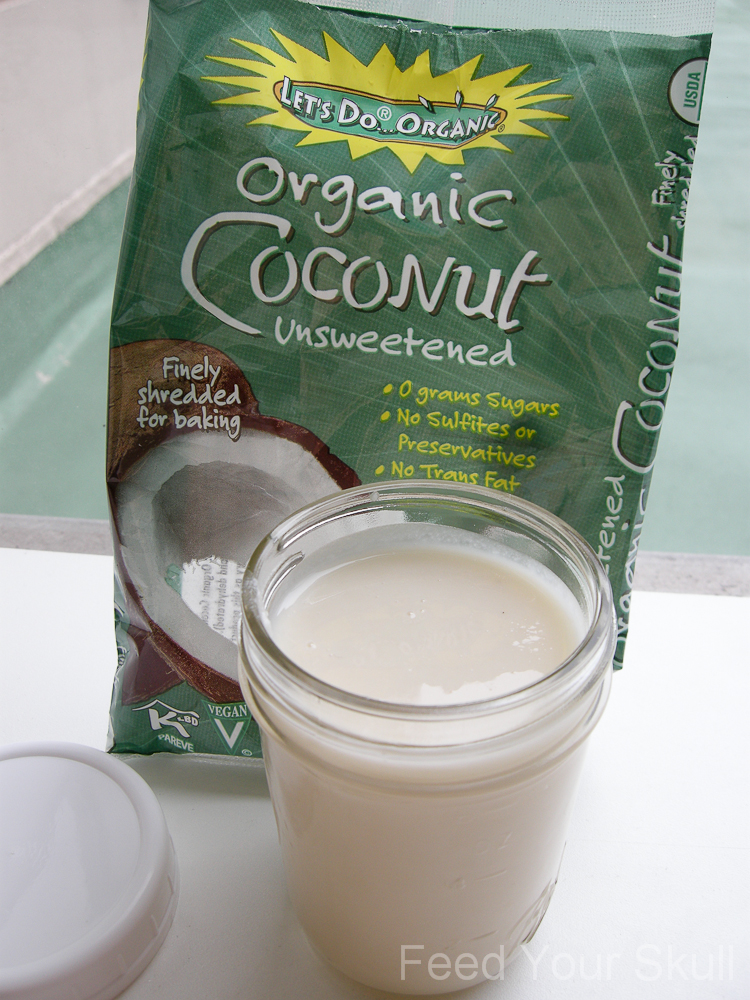 Making homemade coconut butter is super easy and you don’t need access to fresh young coconuts either. Having never been a fan of store bought coconut butter in the past, I am super impressed at how much I’m loving the homemade version. You can have one beautiful gorgeous cup of fresh coconut butter just using one bag of Let’s Do Organic Coconut Shreds. That’s it!

I think many people have shared how to make it using a variety of gadgets from high speed blenders to food processors and even the magic bullet cups (or a tribest personal blender). I’m here today to show you using my Blendtec twister jar! If you have a Blendtec and have been wondering about the twister jar, let me just say that I love mine and have used it to make almond butter, small smoothies, hemp heart butter, hummus and now coconut butter! 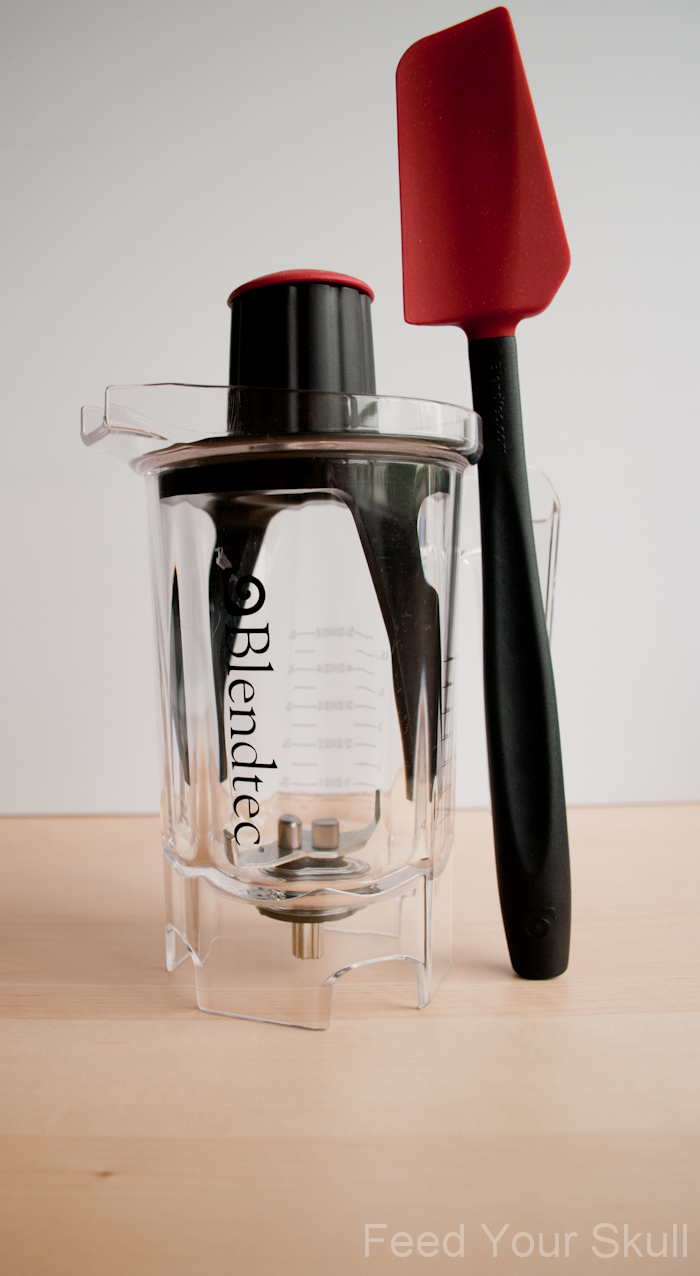 If you haven’t heard of the twister jar, it’s really just a smaller round jar with the same blade as the wild side jars but it has a lid with two prongs that come down, which you turn counter clockwise as you blend. Meaning you don’t need to wait until your blender reaches that not mixing point, stop it and have to scrape down the ingredients and even add liquid before starting again. It also cuts down on time and energy. Where this might take 10 minutes in a food processor or regular blender it took only 44 seconds in my twister jar. I find that to be amazing! [Editor’s note: 44 seconds in the summer..when its’ hot, in the winter, just a little bit longer – about 1.5-2 minutes ;)]

Plus!! Not only do I think homemade tastes better (I mean when doesn’t it) but it is in fact cheaper. I just geeked out on facebook sharing my math facts. Since I buy my coconut shreds in bulk from Amazon at $23.71 for 12 – 8oz bags, that comes to $1.97 a bag which made 1 heaping cup of homemade coconut butter…which would be $3.95 for 16oz of homemade coconut butter which is like saving $12!!! Because the 16oz jar of Artisana is $16 through Amazon and maybe only a few dollars cheaper at Whole Foods. WoW!

Love those kinds of savings. 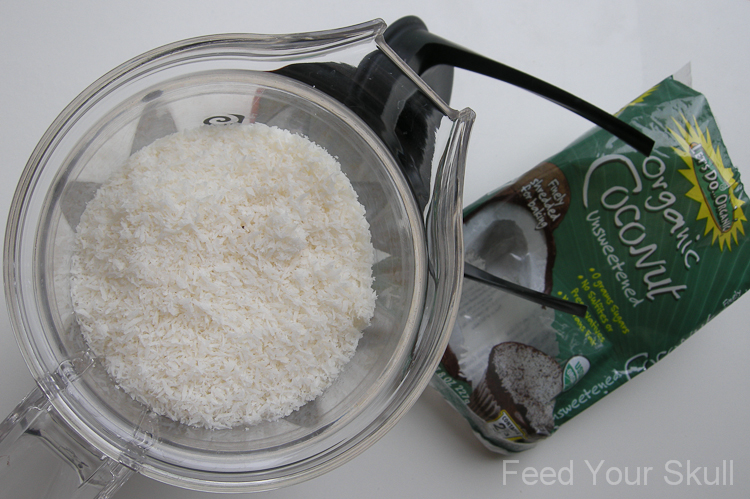 So all you have to do to make this is add one 8 oz bag of shredded organic coconut (no petroleum or preservatives in the ingredient list allowed) to one of the gadgets listed above and blend, process, vroom until it turns peanut buttery. You may or may not have to scrape it down a few times. If you’re using the twister jar, increase the speed to 1 the first 15 seconds and then up to 2-5 for the remaining 30ish seconds, all while turning the lid counter clockwise. I didn’t need to add any additional coconut oil or anything. Store in a glass jar with a lid. 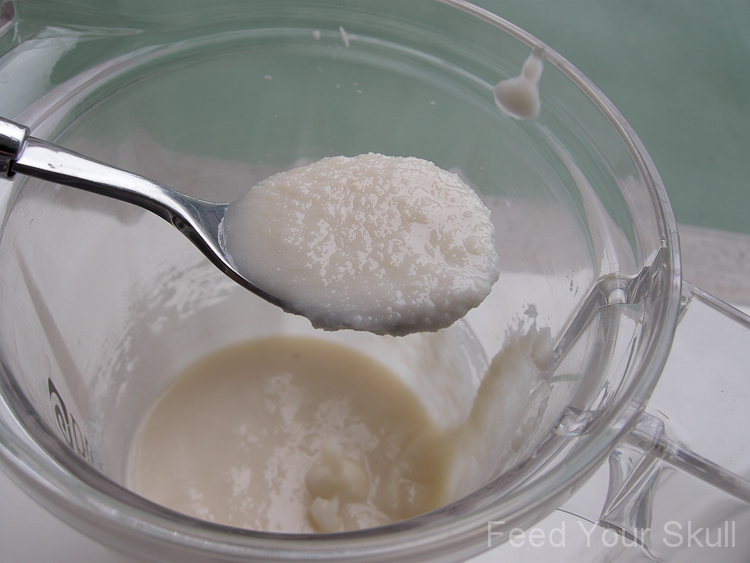 I stored mine in the fridge after making it, for about 2 hours and it solidified, similar to the store bought. I think I’ll try to keep it at room temperature instead. If you want to keep it in the fridge you’ll probably want to set whatever glass jar you store it in, in hot water to soften it for use. 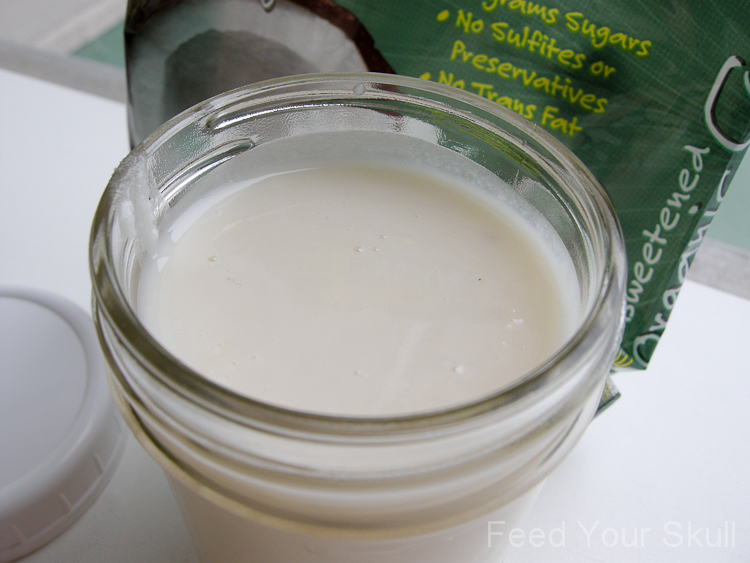