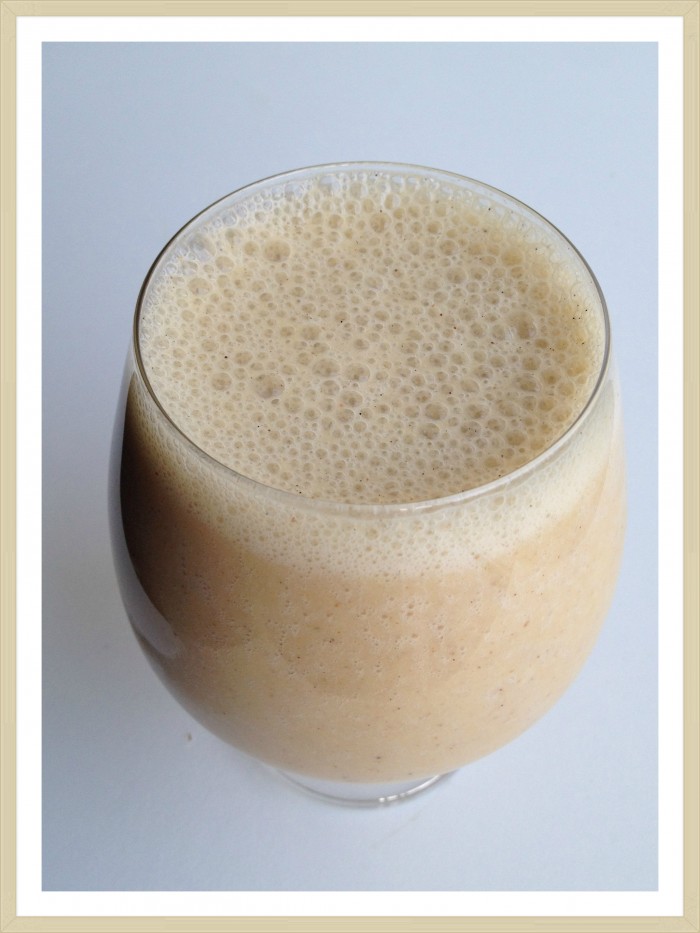 I’m not going to lie, I’ve enjoyed this Double Banana Nog Smoothie more than a few times this week. It’s great for breakfast and especially as a late night snack when you’re craving dessert.

This love contains bananas as well as banana squash. If you haven’t heard of banana squash, be sure to check out this post where I explain how to shred squash for freezing.

When I first learned that the funny oblong shaped squash we picked up at the farmer’s market was in fact banana squash, I couldn’t help but think of the J.D. Salinger short story, A Perfect Day for Bananafish. In this short story the main character, Seymour Glass, is telling the story of the bananafish to a little girl on the beach, how the bananafish swim into a little hole and then eat so much that they can’t get back out and end up dying. The rest of Seymour’s story is pretty tragic so we’ll just gloss over that and talk about how the band, The Offspring, also had the bananafish featured in the song lyrics for I Choose off of their album Ixnay on the Hombre (My first introduction to my obsession with skulls). The lyrics go:

That’s not the only time Offspring referenced Salinger in their songs, Holden Caulfield from Catcher in the Rye was mentioned in the song Get It Right off of Ignition. 🙂

This banana squash won’t make you swell up so you can’t leave your apartment, it’s nutritious and will only lean you out while providing decent amounts of Vitamin A for your eyes.  Feel free to substitute any squash or even pumpkin in this recipe.