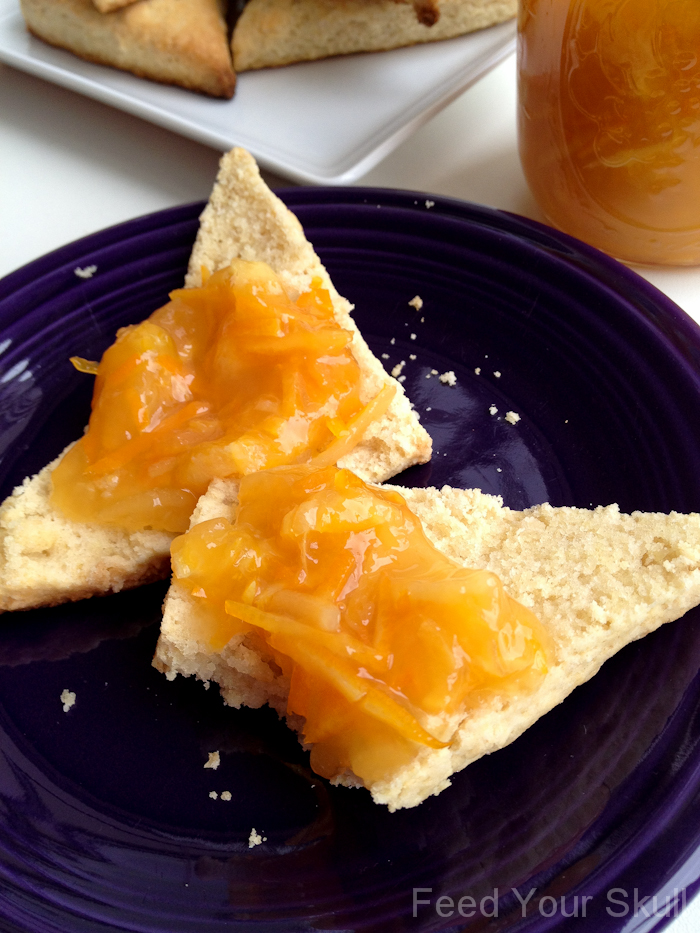 I’m starting to get a little bit less scared of vegan baking, just a little. You have to know, my interest in vegan cooking/baking is coming from the raw food side – as in I found raw food first and now I’m dabbling in some vegan baking every couple of months.

Why am I scared? Well, baking has always been more of a ‘science’ than regular cooking and for someone that doesn’t really get or care about baking most of the time – it means I don’t have all the knowledge or practice. 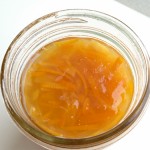 This recipe might have empowered me a little bit though, just a little. 😉 Yesterday, I spent 4 hours making and canning homemade orange marmalade and it happened to ‘set’ overnight which of course we were then dying to try by this morning. What would we put it on though? Jeremy had some sandwich bread, but it was dill rye…with marmalade…I don’t think so.

I searched google for easy scone recipes and found that those had eggs etc, which we didn’t have, so I then looked up easy vegan scones. Haha, she exclaims! Well, that recipe was better, but I still didn’t have many of the ingredients. I pushed ahead, regardless. May, I just say they are heavenly! 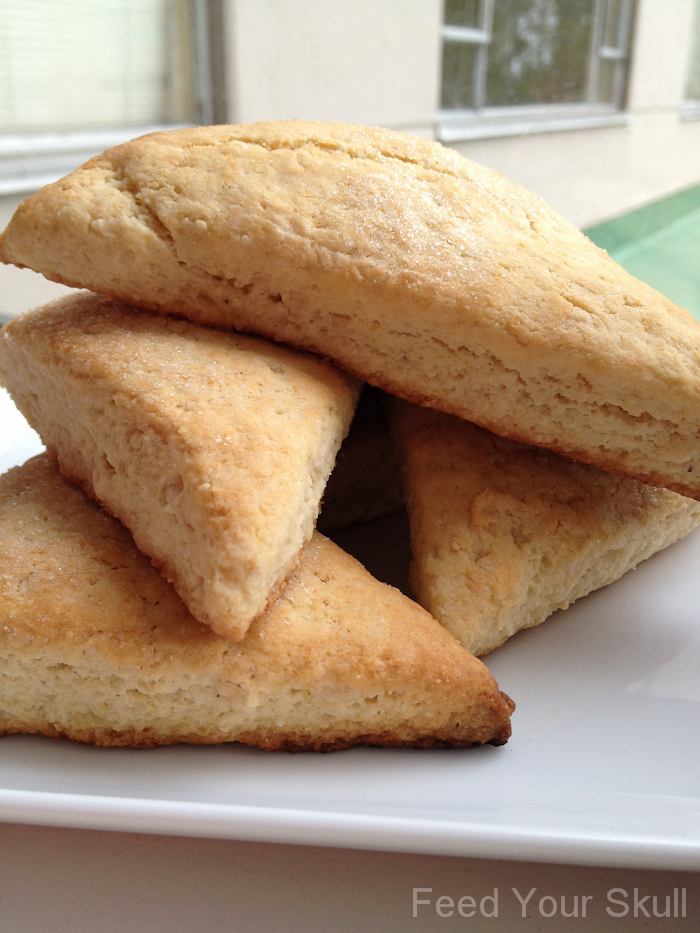 I became daunted 2 times in the course of the 20 minutes it took to make these. One, when I realized we didn’t have enough flour (we had some as Jeremy makes Irish Soda Bread from time to time but not enough) and two, after I mixed everything, it said to roll it out on a cutting board with flour. I improvised with the flour and it worked out great and I had nothing to be afraid of when it came to rolling it out. I was worried it wouldn’t feel right, it would stick to my hands and the board, and just plain suck. Well, it didn’t. Totally surprised the hell out of me. Lesson? Don’t get frustrated until you have to. 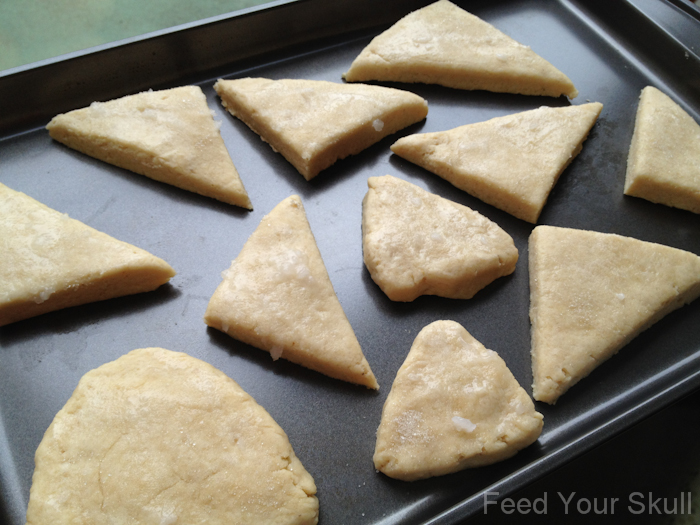 Inspired by College Vegan: Easy, Moist Scones These are moist but they’re not cupcake moist – still worthy of being called a scone and not a muffin. I promise! 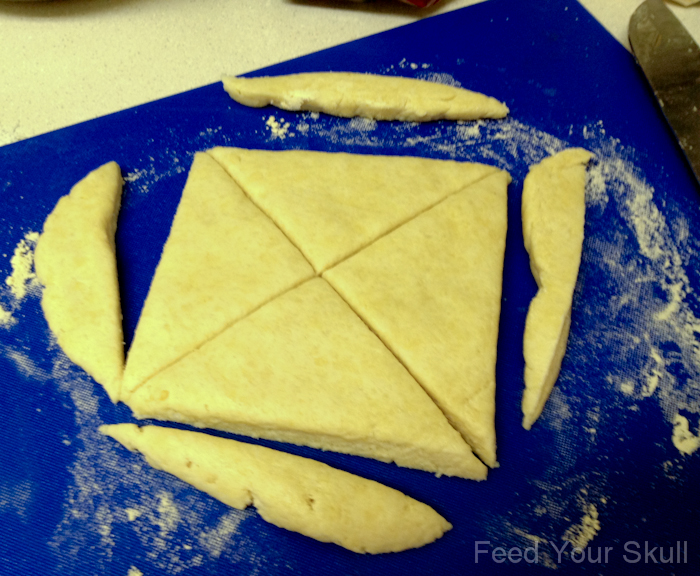 This is where I cut off the ’rounded’ part of the edge to make a 5th or even 6th scone. 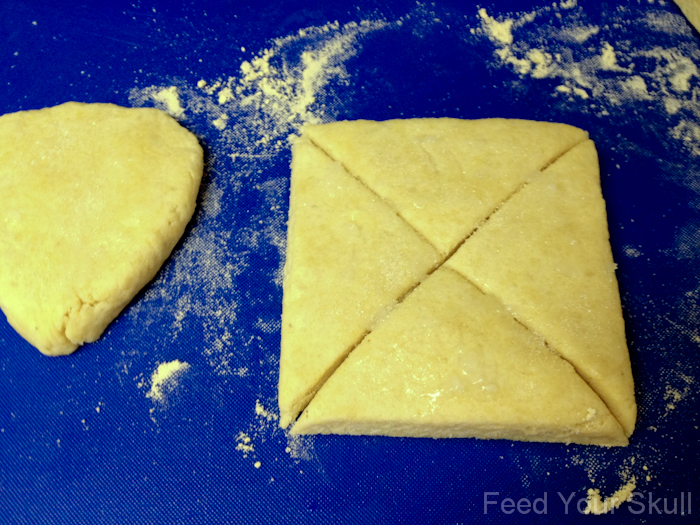 I know I say 1/3 - 1/2 cup of almond flour and it's because I filled the coconut flour to 3/4 cup and then topped it - heaping style - with almond flour. Almond flour really doesn't add much bulk to a recipe as when you do use it's supposed to be along with flour. I say measure it like I did or start with a 1/3 cup and add more if it looks too wet. 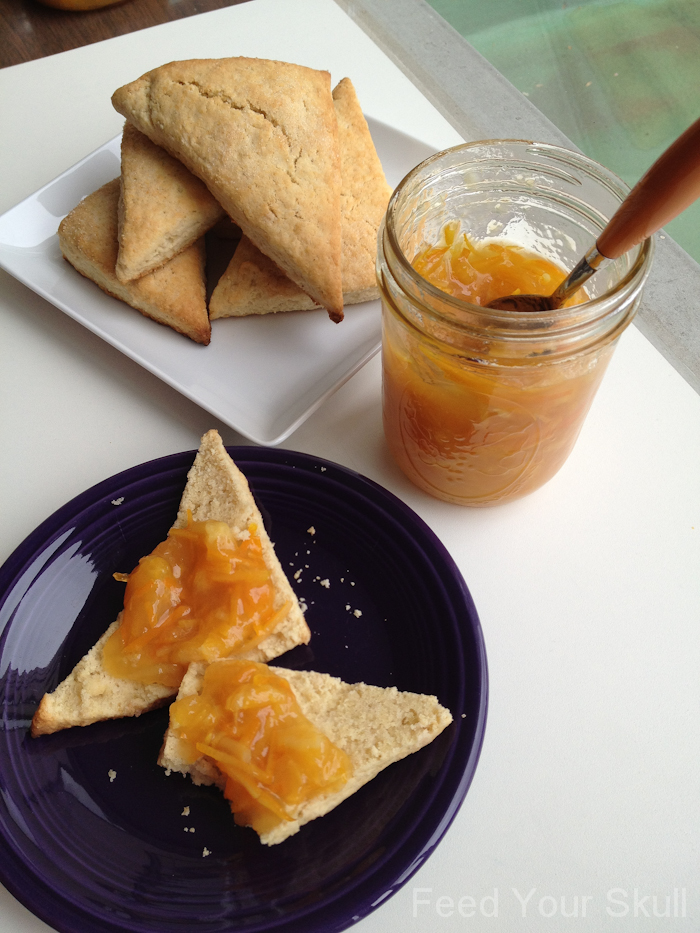 I hope you try this and pretend you’re at a Bed & Breakfast like we did. 🙂 I’ll leave you with this question, do you have any baking fears? xoxo