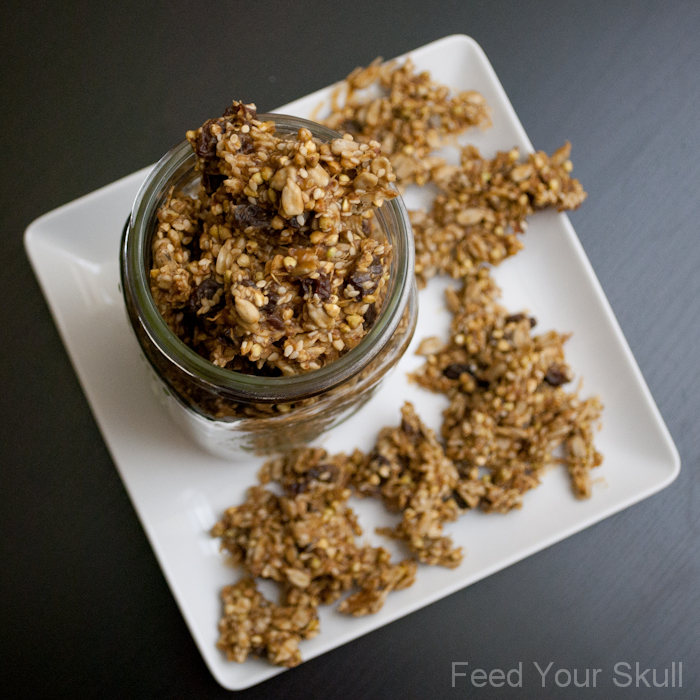 I feel lucky. Lucky that this recipe turned out freaking fantabulous! The last sprouted granola I dehydrated was a major disappointment. There’s nothing worse than a seemingly waste of ingredients. I made a cherry harvest type granola and it was lacking pizazz or something. Besides this and the cherry, I’ve only made one other granola and it was Matthew Kenney’s raspberry vanilla-almond granola – which is amazing!

I was inspired to create this because Jeremy has been obsessed with Trader Joe’s Frosted Maple and Brown Sugar shredded wheat cereal. While I’ll have them on occasion with almond milk or plain yogurt and banana, I wanted something a lot more nutritious and less processed sugary. I found it. The best part, these have peanut butter, delicious natural peanut butter. The kind you have to stir before you refrigerate. Yum! If you have another favorite nut butter, like almond, feel free to use that.

These are great for noshing or over two cut up bananas with almond milk. Perfection. 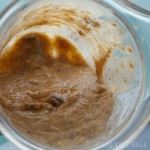 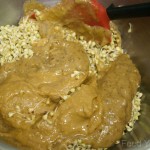 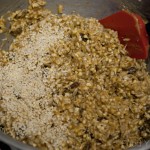 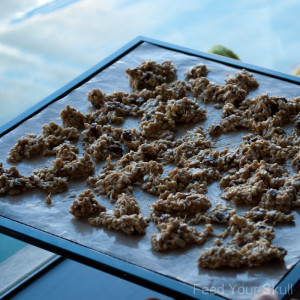 My husband said I forgot nom nom nom in the title...so I'll include that here. 🙂 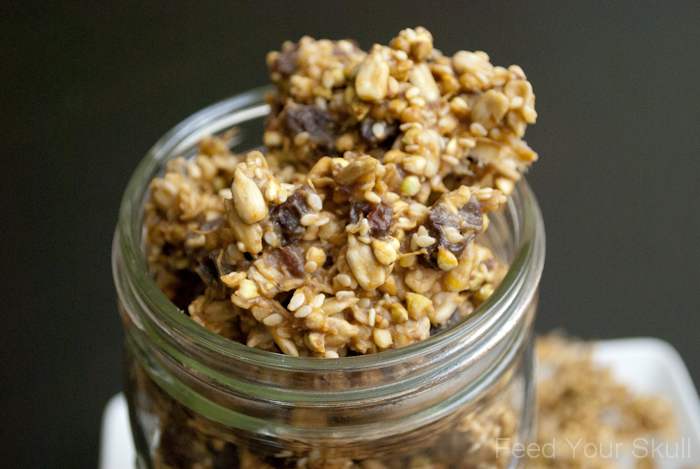 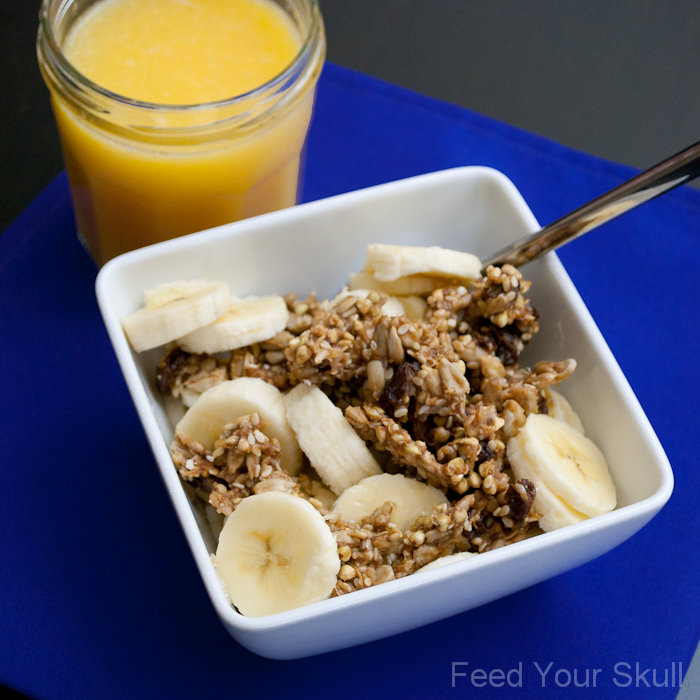 They made a perfect breakfast this morning.

Have you ever made dehydrated granola before?