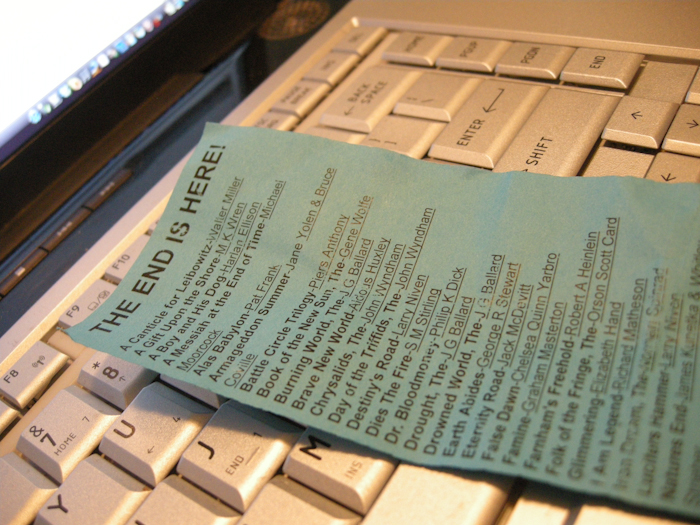 Apocalyptic fiction is one of my favorite genres of fiction. Checking out this list from Powell’s I have come to the conclusion – sadly – that I have not read hardly any at all! I’m surprised based on what I have read that I even know this is a genre. hehe

Okay the ones in bold I’ve read. I’m ashamed. Time to get my apocalyptic reading done. Maybe I meant movies earlier when I said “they’re my favorite”.

There were two others that I’ve read that weren’t on the list that I would consider apocalyptic fiction. The Passage by Justin Cronin and ?? I just realized I have no idea the other book’s name. Boo!

All I know is I picked the book up at a hostel in Dublin this spring, read it and gave it away by the time we arrived in Youghal. Boo again!