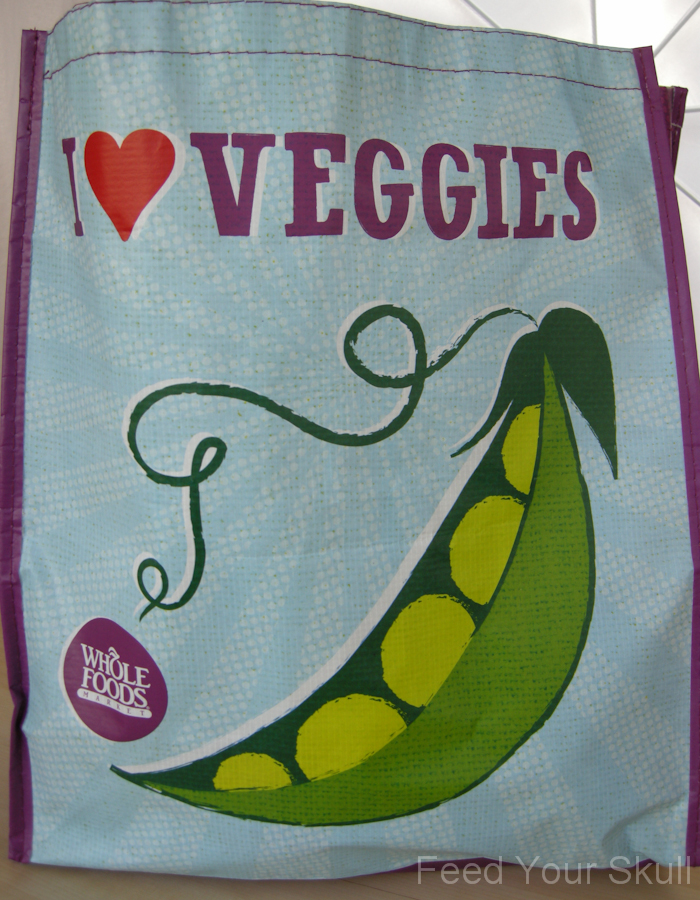 We’ve been using 2 of these bags when grocery shopping since the end of October. Did I mention they were FREE? It was an ‘early bird gets the worm’ sort of deal.

It all started in September with a livingsocial deal for Whole Foods. The deal was a $20 coupon for only $10. Jeremy read that our local Whole Foods was going to have their grand reopening the end of October, so we held out on using our coupon, hoping there would be special deals that day. Then I did a little research and found on their website that the first 100 customers would receive a free goodie bag! This meant getting up early on a Sunday, because they open at 7 am. Was it worth it? Yes.

Having been car free for 7 months, we enjoyed a nice mile walk before the break of dawn. We didn’t leave crazy early so I wondered, while walking there, how many people would show up for something like this in a bigger city. We had one thing on our side, it was the weekend before Halloween and there were a lot of parties the night before. *fingers crossed*

And as you know from the bag it all worked out and the store looked great! It was fun seeing the employees dressed in costumes and loving life so early in the morning. 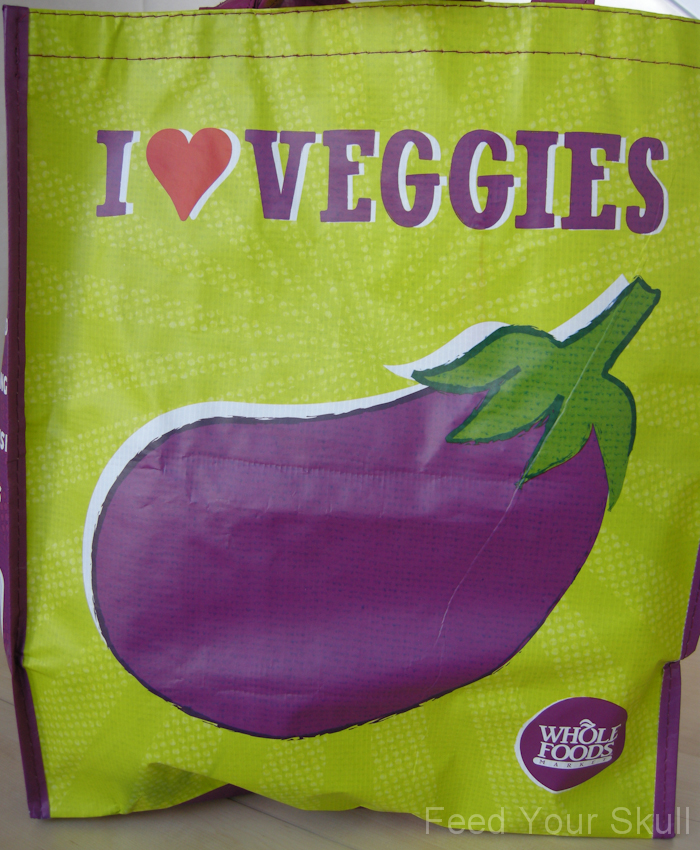 Besides the goodies it was a very relaxing shopping trip because everyone else was sleeping. My good friend, Betzi, shared a smart tip with me years ago. Go early on a Sunday because some people are still sleeping and the rest are still at the early church service. Also, the items are fresh and freshly stocked. So relaxing. 🙂

Do you bring your own bags to shop? We do and many stores in Portland offer an incentive of .05 to .10 cents off your purchase for each bag you bring in.