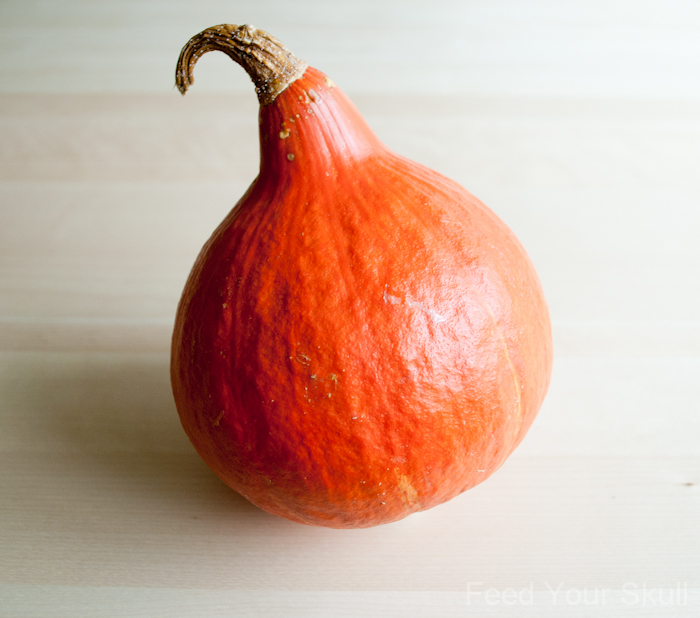 Although most of what you’ve seen on this site has been raw-vegan and it is the mainstay of my diet, I do on occasion eat meat. It’s not my first choice and I don’t usually crave it so it works out well. When I do crave it, which might be less than 10 times a year, I think about it a lot, and try to make my choice wisely and respect that it is what my body is needing. I am new to this way of thinking.


The old me would say I’m a raw foodist and then eat some rice and feel like a failure. Guess what? I am so over that. Guilt and stress are way more detrimental than the 1/2 cup of rice I might finish. So my goal….eat each bite with thought and appreciation. I picture how it nourishes my body and my mind and try to live and breathe with an open mind and heart.

Even though I’m not new to food, I am new to blogging and sharing my feelings and thoughts about food. I feel I have a lot to say, but it might take me time to feel comfortable saying it. Settling in my skin.

I would love to hear your thoughts on food and what works for you.

Now without further delay the most amazing recipe ever. The other day when I was really jonesing for chocolate and I made this, I ended up curing the ‘jones’ the next day with this healthy but chocolaty dessert! Make it a few times so you can perfect it for the coming holidays! 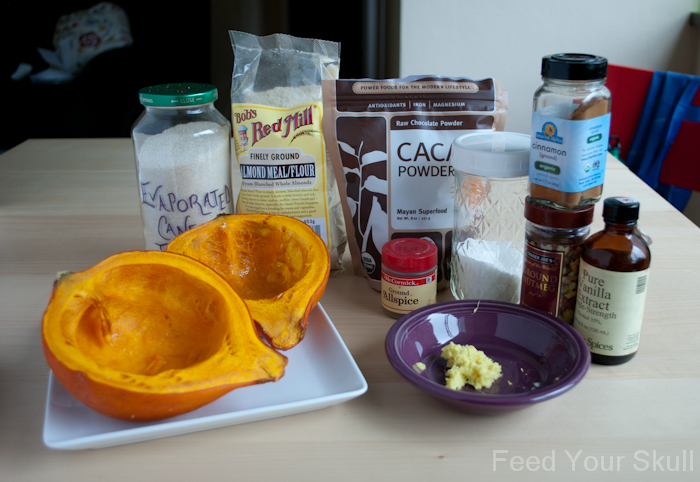 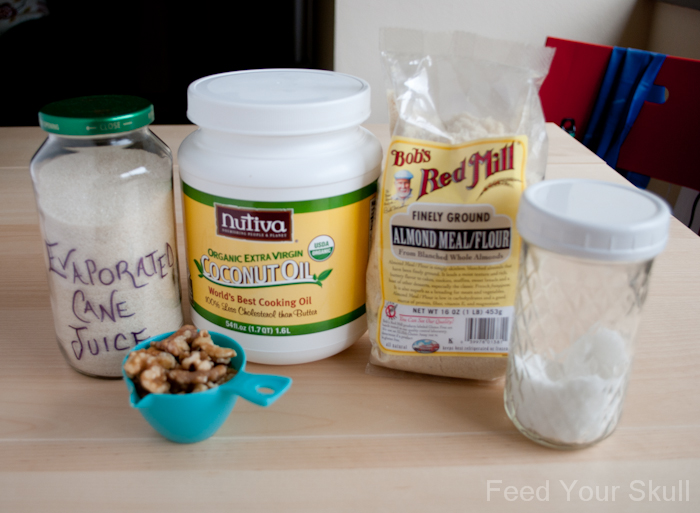 Start by baking the squash. Slice it in half (you’ll need a large knife and some arm strength for the acorn squash), pierce the flesh with a fork in several spots, rub some salt over the inside and the skin, and put the halves on a baking tray in the oven at 350 F for 50 minutes. The squash should be just softened. 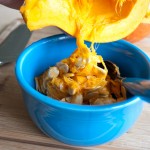 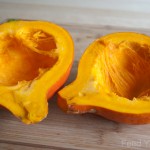 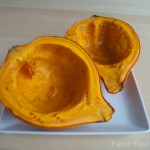 In a food processor, pulse the topping ingredients until they form a cumbly mixture. Put them in a bowl and set aside. 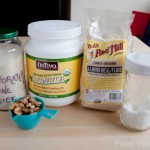 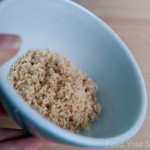 Puree the squash in the food processor next, until it’s smooth. Then add the rest of the ingredients for the custard, and mix on pulse until they’re just combined. Don’t overmix.

Scoop the squash mixture into ramekins (small oven dishes), smooth the top, and then sprinkle the topping over them. Put them in the oven at 350 F for another 50 minutes. Eat them hot for a pudding-y texture, or put them in the fridge for 1-2 hours to set into a solid texture. 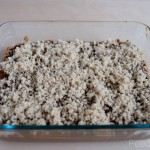 I really really enjoyed Allyson’s chocolate acorn squash baked custard. Be sure to try this! and her other yummy dishes at manifestvegan.com 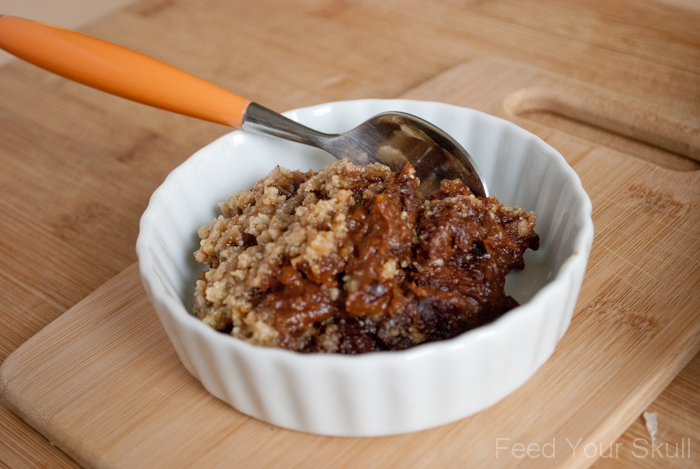